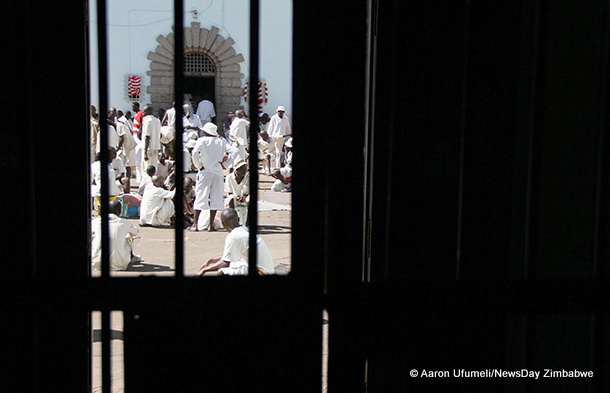 A DIARRHOEA outbreak has hit Harare Central Prison, which houses an estimated 100 inmates at a time holding cells have no running water.

Clean water has reportedly been scarce at the prison, a development that is believed to have caused the outbreak.

The prison was designed to hold 1 470 inmates but now it is overcrowded and often holds up to 2 000 inmates.

Efforts are being made to contain its spread with doctors and nurses having been placed on high alert.

Insiders, who spoke on condition of anonymity, yesterday claimed that the diarrhoea outbreak that affected prisoners was put under wraps due to a court application by an inmate at Chikurubi Maximum Security Prison who recently called for an inquest into the country’s prison conditions which he said were a death trap.

“A number of inmates contracted the disease at the Harare Central Prison. The issue has been put under wraps since the court application by one of the inmates from Chikurubi who sued after an outbreak of diarrhoea. It’s true that inmates suffered from diarrhoea. Maybe what they (Zimbabwe Prisons and Correctional Services) can dispute is the number of inmates affected, not the diarrhoea cases.

“It is really a time bomb. One of these days we will wake up counting dead bodies. It is unfortunate that the authorities tend to hide facts.

“You remember there was a time when inmates died of pellagra countrywide with Khami Prison being the epicentre where a number of inmates died and some had to be released and dumped onto the streets gravely ill. They shouldn’t hide such information so that they get help from well-wishers since the government budget can’t cater for all the needs of inmates and working conditions of prison officials,” the source said.

“That is a lie. Who told you such? I was there at Harare Central Prison on another programme. There is nothing like that.

“Do not listen to people who are telling you that. We have prison doctors and nurses who are on high alert to prevent such outbreaks and we have not received such a report.” Khanyezi said.

She also said an outbreak of diarrhoea could not affect inmates alone, without affecting prison officers when they are always at the same stations with prisoners.

“We work together with prisoners as part of our rehabilitation process. In that vein, how can inmates alone contract the disease leaving prison officers outside?

“I think next time you should come and see for yourself, do not listen to people they tend to lie,” she said.

Last week an inmate at Chikurubi Maximum Security Prison Taurai Dodzo represented by the Zimbabwe Human Rights NGO Forum filed a lawsuit against ZPCS following his unfortunate experience after an outbreak of diarrhoea at the prison.

Dodzo said the prison was hit by a diarrhoea, hepatitis B and tuberculosis outbreaks.

His application is now before the High Court and lawyers that went to tour Chikurubi last week said the prison was overcrowded.