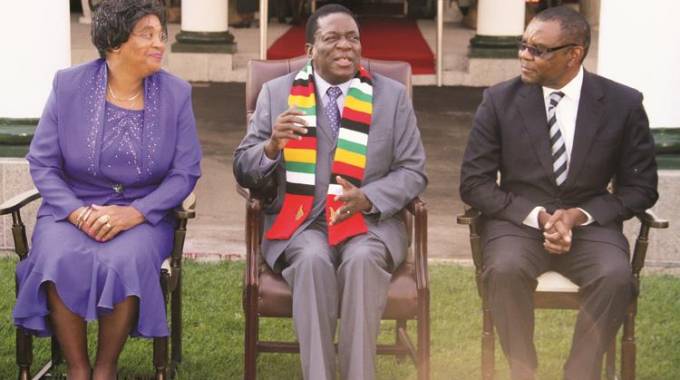 Section 189 of the Constitution stipulates that the CSC chairperson and Deputy Chief Justice become members of the JSC. Speaking after the swearing-in ceremony, Dr Hungwe said he was ready to tackle the challenges bedevilling the CSC to contribute to the national vision of making Zimbabwe a middle-income country by 2030.

“It is a momentous occasion, an occasion where the President bestows an honour on a citizen to serve at a very senior level that in itself manifesting the kind of confidence that he has in the capacities of Zimbabweans to be able to drive the processes towards the realisation of our national vision of making Zimbabwe a middle income country by 2030,” he said.

“We have been operating in a one paradigm and there has been a significant shift in terms of thinking of what it is that we would want to achieve as a country and the Civil Service Commission becomes a critical player in terms of making sure that the requisite structures and functions of Government are aligned to the challenges that we have to accomplish.

“Those structures also have to be manned by both women and men who have the necessary technical competencies to be able to achieve the goal.” Dr Hungwe takes over from career civil servant Dr Mariyawanda Nzuwah.

He said while it would be presumptuous for him to identify the challenges in the commission, he was ready for the task ahead.

“I am starting work tomorrow and we will have time to reflect on what it is that has been happening in the CSC and that process makes it possible for us to identify the challenges that need to be attended in the short, medium and long term,” he said.

On the alleged ghost workers in the civil service, Dr Hungwe said: “This is the beauty of living in a constitutional democracy. People make observations. Some of them might actually be accurate. But the critical issue is that for any institution to be able to identify those challenges in terms of scope, magnitude and depth you need to undertake an audit to the extent that if there has not been an audit undertaken, that audit will be undertaken to establish the veracity of the kind of allegations that you are making and out of it we understand the scope, nature and magnitude of the challenge and therefore the appropriate measures to be taken.”