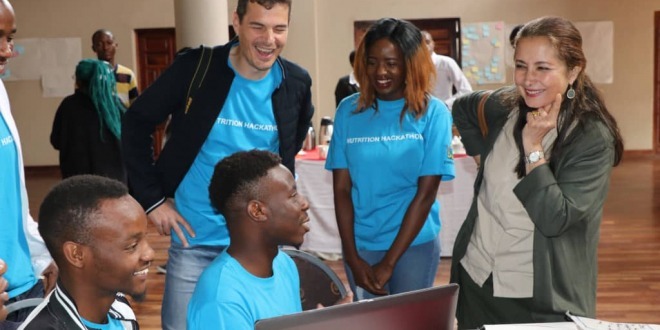 INSTITUTE for Young Women’s Development (IYWD) has launched a campaign to encourage young women in the Mashonaland province to grow small grains that are drought resistant to ensure food security in the face of climate change.

IYWD made the call to farmers from Shamva, Mazowe, Bindura and Guruve who converged at Siyalima in Guruve on Saturday for a seed fair.

The young women displayed their products and shared ideas on how to improve and market their yields.

Speaking to NewsDay, IYWD co-ordinator Tinotenda Chihera said they had embraced the call by government to grow small grains in order to fight hunger and climate change.

“Zimbabwe is not spared from climate change and recurrent droughts in the Southern African Development Community (Sadc) region, hence we took heed of government’s call on the small grains initiative,” Chihera said.

“It has become our mandate to encourage our young women farmers to also engage in small grains farming using traditional methods.”

Chihera said the seed fair presented a platform for young women farmers to tap into their knowledge reservoirs to inspire and learn from each other.

A Bindura farmer, Tendai Chivesa said she was inspired by IYWD to venture into small grains farming.

“I am a small grains farmer in Bindura, the inspiration came from (IYWD) and today, I am very proud that I have managed to fight hunger by growing small grains like millet, ground and round nuts which I am also exhibiting here,” Chiveso said.

“Through (IYWD), we were offered an opportunity to go to Zimbabwe Small Holder Organic Farmers Forum (ZIMSHOFF) in Masvingo where we received training on how to grow organic seeds and to date, we are putting it into practice to achieve better yields.”

“Having observed that we had little rainfall this season, we went for drought resistant crops and took up the small grains initiative since the crops do not need fertilisers. It is very viable for us,” Gotami said.

Gean Kasukuvere from Shamva said she was earning a living through small grains.

“After learning feminist economics from IYWD, I took the small grains initiative and did it on a large scale so as to earn a living,” she said.

“I sell my grains in areas around Shamva and Bindura and have managed to form a company which I called Ndiro Yakazara due to high volumes of my products.
ZIMSHOFF supported the seed fair, which saw a number of farmers walking away with prizes.

Newer Post
No one is going to save Zimbos but themselves: Makoni
Older Post
Drama as women’s league holds ‘secretive’ elections