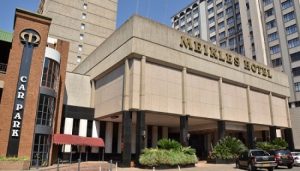 HARARE (Reuters) – Dubai-based Albwardy Investments said on Friday it would buy Zimbabwe’s Meikles Hotel for $20 million and would upgrade what is one of the southern African nation’s most well-known establishments.

The current owner, Meikles Limited (KMAL.ZI), has over the past few years struggled with low occupancy levels and has lacked foreign exchange to refurbish the property in Harare.

Albwardy said the investment had been approved by Zimbabwe’s stock exchange and competition commission, while the shareholders would vote on the transaction next month.

“The Meikles Hotel provides a unique opportunity to invest in Zimbabwe’s leisure and business markets as a first mover,” Albwardy director of hospitality Laurie Ward said in a statement.

Albwardy is expected to spend up to $30 million in upgrading the hotel, an official from Meikles Hotel told Reuters.