ED declares row with Britain over 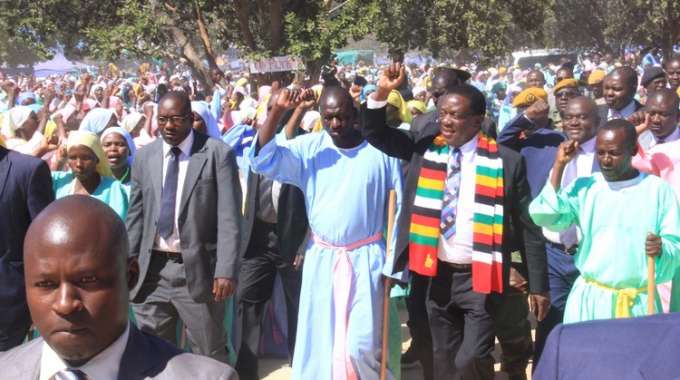 President Mnangagwa yesterday declared over the two-decades-long quarrel with the United Kingdom, stressing his administration prefers dialogue with all nations in place of acrimony. He said his re-engagement policy thrust was succeeding as Zimbabwe had managed to attract investment commitments of nearly $11 billion in the past four months.

He said Zimbabwe could not continue living in isolation and had thus managed to thaw relations with most Western countries, adding the bilateral dispute with Britain was now over.

“We have opened our doors to old and new friends. We cannot continue living in isolation. We need foreign investment, as well as those countries’ technical expertise,” President Mnangagwa said.

“Our quarrel with Britain is over. It was hinged on the land reform. We distributed our own land here. The land did not belong to the British, but to us Zimbabweans. So far, I have received three envoys from Britain, while we have had delegations from Western countries paying courtesy calls on us,” said President Mnangagwa.

The Head of State and Government said it was now time to address economic challenges affecting the nation.
The President commented on the recent industrial action by nurses at public health institutions which he said was callous as it risked patients’ lives.

He said the nurses were fired after they spurned Government’s offer although they had now reapplied for re-engagement.
“I think you are aware of the recent nurses’ strike where they chose to sacrifice people’s lives for selfish reasons. We engaged them in dialogue, but they opted to sleep at their respective homes,” said the President.

“We responded by firing them. The decision to fire them created 2 000 jobs for qualified nurses who were not employed. However, most of them have since reapplied and are now back at work. They should respect the sanctity of human life,” he said.
He added: “Nyika nedunhu rimwe nerimwe rine vene varo, hazvirewi kuti vaendakupi. Hatingobvumi kuita vada vada. We should have dialogue in everything. I am a listening President and we will be there to address people’s concerns and grievances and not to resort to uncalled for protests.”

President Mnangagwa said more countries, including investors, were warming up to Zimbabwe.
“We have managed to attract foreign investment commitments worth about $11 billion as of yesterday (Tuesday) during the past four months. This is well above what we have been attracting over the past 18 years where we were viewed as a pariah State,” the President said.

“Companies are expanding, while new ones are opening. We need to address the mismatch between imports and exports as we are spending more money in bringing in imports into the country,” he said.

“Our nation should prosper, while our children attend school. We should continue with our programmes like Command Agriculture, which ensure enough food for the nation,” he said.

He continued: “We want to continue harvesting water for agricultural purposes, while we urge you to venture into chicken-rearing projects. There is demand for our fruits and chickens in China and we should tap into that market to turn around our economic fortunes,” he said.

He pledged to avail a farm to the church to help it produce for its membership.
“We will ensure a farm is available for you. We will also support you in building more schools. We will also ensure that all teachers employed in your schools are on the Government payroll. The legacy of your great church should live forever and ever,” said President Mnangagwa.