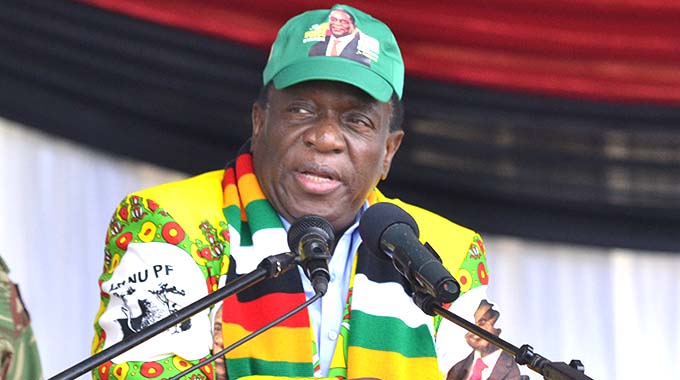 The President-elect is expected to appoint a new Cabinet after his inauguration scheduled for Sunday.

The MDC-Alliance intends to scuttle the inauguration through an application challenging the presidential election results.

The application has to be filed by end of day today.

Should the alliance petition be filed today, the inauguration will be guided by Section 93(3) of the Constitution which speaks of the court having to determine whether the President-elect has been elected correctly and if so, after the judgment has been passed, inauguration has to happen within 48 hours.

The Constitutional Court can nullify the results in which case there has to be a fresh election within 60 days.

The court’s decision on the matter is final.

Addressing Zanu-PF winning legislators at the party’s headquarters in Harare yesterday, Cde Mnangagwa said some long-serving members of his Government would be deployed to work full-time at party level.

He said the move will be aimed at strengthening the revolutionary party.

“After everything else, we will appoint our new Cabinet,” said Cde Mnangagwa.

“The last Cabinet that we have was the one which includes most of us before we were expelled. There were some gaps after vana Jonso vatiza and we replaced them. This time when we choose our Cabinet, we will look closely on who occupies this position and that position. So Comrades, we have a lot of work to do ahead despite the fact that you won or you lost.

“If you lost, work hard and if you won work hard as well to retain your position. We shall plan amongst ourselves here (at the top table) to see those who will work full-time at the party to ensure that our party remains strong.”

Cde Mnangagwa said inauguration processes were going ahead as planned for Sunday, but that could stop if the MDC-Alliance files its petition today challenging the presidential results announced by the Zimbabwe Electoral Commission (ZEC).

“At the moment, we are not moving forward because according to the Constitution we should wait for seven days after declaration of the results so that if there is anyone who wants to appeal against the results, they do so,” President Mnangagwa said.

appeal tomorrow (today). The law says after they filed their appeal, the courts should urgently hear the matter within 14 days. The courts may take one day or three days but that has to be within the 14 days. We had planned to have our inauguration on Sunday but we now have to wait for court processes if the alliance files its appeal.

“But as of now, they have not yet filed but they still have another day to do so. If they fail to do so tomorrow (today) we will go ahead with our plans.”