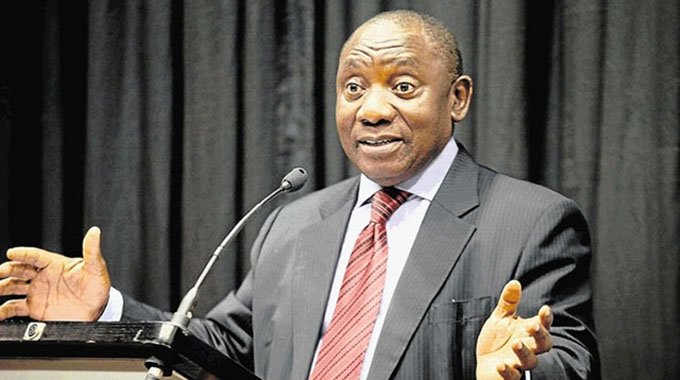 The confirmation of the Presidents’ attendance was confirmed through posts at the respective Twitter handles.

President Ramaphosa’s confirmed his attendance through his Twitter handle, @PresidentZA.

“President Cyril Ramaphosa will undertake Working Visits to the Republic of Zambia and the Democratic Republic of Congo, and attend the Presidential Inauguration in the Republic of Zimbabwe,” reads the tweet from the South African President’s Office.

The Botswana government also confirmed that President Masisi would attend the ceremony through its government’s Twitter feed, @BWGovernment.

“The Office of the President wishes to inform that His Excellency @OfficialMasisi, the President of the Republic of Botswana, will travel to Harare, #Zimbabwe on Sunday, (12/8/18).

“Accompanying His Excellency the President on the trip will be former presidents H.E. Mr Festus G. #Mogae and H.E. Lt-General Dr Seretse Khama Ian #Khama aboard the Presidential Jet, #OK1, at His Excellency’s invitation,” said the Botswana government.

Government has also sent out invitations to diplomats in the country to attend the inauguration of President-elect Mnangagwa.

President-elect Mnangagwa won the Presidency in the harmonised elections held on July 30 after beating 22 other aspirants.

His nearest challenger was the MDC-Alliance’s Nelson Chamisa, who has indicated his intention to challenge the result although he had not done so by the time of going to print yesterday.

Anyone wishing to challenge the outcome of the poll has until end day today to file their papers.

On Wednesday Justice, Legal and Parliamentary Affairs Minister Ziyambi Ziyambi said preparations for the inauguration ceremony would proceed unless any aggrieved party filed a challenge within the timeframe stipulated by the law.