Parastatal reform in a new Zim 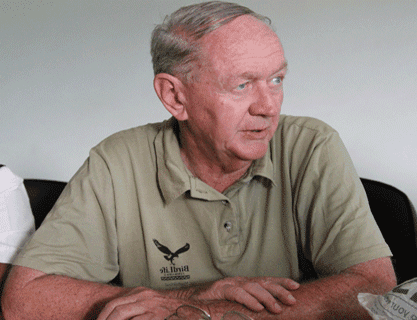 Among the plethora of problems that will face the new government when it is sworn in and starts work, is the urgent issue of reform of the 105 state-owned enterprises (SOEs) that are currently managed by line ministries on behalf of taxpayers who are the owners or shareholders. A few other issues will demand such attention and such urgency as these institutions in their present state are a constant drain on the fiscus. They are also failing to deliver the services they were started to provide to our people.

What will surprise most readers is the fact that there is a full time professional Agency already in existence whose sole job is to deal with this issue — it is called the State Enterprise Reform Authority (SERA) and is part of the Ministry of Finance. I have never seen a single report from this agency. I have no idea what it is supposed to be doing and I see very little value in its existence at this time.

So what is needed. The first step in my view is the establishment of a small, highly qualified working party in the Finance ministry, perhaps serviced by SERA to give them something to do and this working party to be chaired by either the Minister of Finance or the permanent secretary. Its membership will vary from case to case and will involve the line ministers directly involved or using the services of the SOE that they are dealing with at the time.

If I take one particularly urgent issue is that of the National Railways of Zimbabwe (NRZ). The NRZ is one of the most important SOEs in the country. I would argue that we simply cannot compete as a country or raise the living standards of our people without an efficient and cost competitive railways system. It is a vital cog in everything we do. The decision to privatise railway operations and retain state ownership of the track was taken eight years ago during the government of national unity (GNU). It was a sound decision and it was only after the MAT in November 2017, that the government wrapped up a deal with Transnet and a group based on diaspora interests.

Even now, this transaction is still not final — the July 2018 deadline has been missed and although there is progress, it is far too slow and is being held up by bureaucratic obstacles and civil servants failing to make the required decisions to make progress. If such a working party of ministers existed, these issues could be dealt with quickly and on time and the necessary decisions taken and implemented.

Speak to anyone from the region about Zimbabwean decision making and without exception they will complain of poor decisions, no decisions and little progress. I have lost count of the number of projects, essential to regional co-operation and progress that have been held up so long that alternatives have been implemented — the new bridge and road at Kazungula is a prime example.

The government in the GNU era listed 10 SOEs for full privatisation — not one has been privatised in eight years and they are all in a worse state than they were in the time of the GNU and billions of dollars in assets and state expenditures lost in the process. At an accident, the first order of business is to stop the bleeding — it’s no different in business.

I was partly involved in the privatisation of the coke division of Ziscosteel in the past three years. This project was launched by the Minister of Industry two weeks ago. However, it was a small (four members) informal committee of ministers chaired by Finance minister Patrick Chinamasa that steered this project to success. At each key point, the minister could call his colleagues to a meeting to make decisions and these were then implemented by the line ministry.

All too often such decisions are not made transparently and corruption is clearly involved — I am afraid the decision to privatise other parts of Zisco do not have the same characteristics as the ZimCoke deal. The companies involved do not have the required background or the finance to make the assets they are trying to take over — at a fraction of their real value, a success. Where the board and management of a SOE find themselves running a dying operation they often turn to stripping the SOE of the remaining assets. They show little interest in protecting the assets or getting them back into operation, but concentrate on getting as much out of the organisation as possible for their own benefit.

Irrational decisions such as maintaining employment at Zisco for 12 years for thousands of workers who report to work every day and then go home is another example — building up a legal liability of over US$200 million, which is now being cleared by the Finance ministry. A similar situation exists at Hwange Colliery where the state only has a 36% stake, but is carrying the liabilities in the form of state guaranteed US$350 million in debentures. The colliery faces a bleak future with less than a year’s reserves of open cast coal and thousands of employees who are under employed.

I was chief economist of the Agricultural Marketing Authority (Ama) when it ran four giant SOEs — the Grain Marketing Board, Cotton Marketing Board, Dairy Marketing Board and Cold Storage Commission. The group employed tens of thousands and generated exports valued at over a billion dollars a year. The SOEs all made an operating surplus in most years and also made Zimbabwe an African agricultural dynamo. Farmers were paid reasonable prices and always on time. The authority could borrow very large sums of money, because all the banks had total confidence in its management.

For me that showed that by definition, a SOE need not be a disaster waiting to happen. The inefficiencies of a SOE emanates from its management and poor decisions by the ministry controlling the enterprise. The Ama board and the individual subsidiaries were made up of powerful, competent people who would brook no corruption or unreasonable interference in operations by the ministry or central government.

I, therefore, am not someone who thinks that anything the state runs will automatically be a disaster — SOEs can be managed and operated well to the benefit of the industries and communities they are meant to serve. But certain fundamental principles and policies have to be followed at all times.

The Finance ministry, as the main shareholder in all SOEs, is clearly in the best position to control this function on behalf of central government.

Whoever is sworn in as president after August 12, they will need to ensure that one of his priorities is that of ensuring that the crisis in the management and operations of virtually all SOEs, receives immediate and comprehensive attention. If he does, the dividends could be huge and this would help us steer a new path to a more prosperous future.

Cross is an economist and industrialist. These weekly New Perspectives articles are co-ordinated by Lovemore Kadenge, president of the Zimbabwe Economics Society. Mobile: +263 772 382 852 and e-mail address kadenge.zes@gmail.com