ED is no beggar: Minister 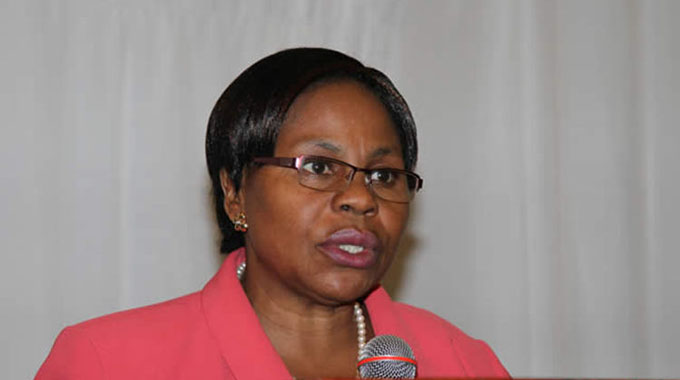 Source: ED is no beggar: Minister | The Herald

Nyore Madzianike Manicaland Bureau
PRESIDENT Mnangagwa is not begging for aid during his official visits to other countries but is aksing for business deals since Zimbabwe has enough resources to steer economic revival, a Government minister has said.

Minister of State for Manicaland Provincial Affairs Cde Monica Mutsvangwa (pictured left) said this on Saturday while addressing hundreds of people in Machongwe, Chimanimani, who gathered to witness the groundbreaking ceremony for the tarring of Charter-Peacock Road.

“President Mnangagwa is not begging because Zimbabwe has all we need to resuscitate our economy. What is lacking is good governance.

“Corruption and nepotism had become deep-rooted in the country. The President is saying no one must be left behind. Even our office here in Manicaland is overwhelmed by investors who want to bring money for investment in the country,” Minister Mutsvangwa said.

She said President Mnangagwa’s slogan was “Zimbabwe is open for business”, and his vision can only be realised when there is unity and peace in the country.

She urged people to be united and shun violence during the forthcoming elections, saying peace was the ingredient for development.

Minister Mutsvangwa said bureaucracy in some institutions was contributing to the country’s underdevelopment.

She said Zimbabweans should heed the President’s call to engage people who are willing to work and contribute to the nation’s development.

“The President said let’s remove those who do not want to work and replace them with those willing to work. We cannot afford to withhold development. Our country needs to move forward and nothing will stop us from graduating into the First World,” she said.

Minister Mutsvangwa urged those into farming to form synergies and optimally use land, saying the land reform would not be reversed.

Zanu-PF Central Committee member Cde Joshua Sacco, who is also eying the Chimanimani East constituency in the forthcoming elections, thanked the new dispensation for improving road networks in the area.

Cde Sacco was entrusted by Zanu-PF to superintend Chimanimani East following the expulsion of the area’s legislator, Samuel Undenge, from the ruling party.

He said roads had been neglected for nearly 22 years.

He also called for formalisation of mining activities in Chimanimani.