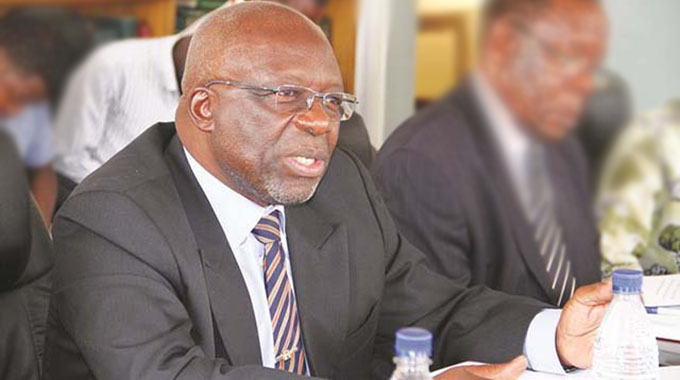 Jeffrey Lane Flake and Andrew Jackson Young Junior from the United States of America are also part of the invited observers.

Mr Flake is the US Senator for Arizona and is currently serving on the US Committee on Foreign Relations while Mr Young Junior is a former Congressman (1973-1977) and US Ambassador to the United Nations (1977-1979).

Some of the countries invited last observed elections in Zimbabwe over a decade ago.

The invitation is in line with Government’s drive to re-engage the international community and President Mnangagwa’s call that the forthcoming elections should be free, fair, credible and violence free.

In an interview yesterday, Foreign Affairs and International Trade Secretary Ambassador Joey Bimha said President Mnangagwa cleared the list of the proposed observers and invitations would be issued soon.

Asked on the rationale of inviting all countries including those that had frosty relations with Harare during the previous administration, Ambassador Bimha said: “During the previous elections, we had a stand-off with the West. Some of the Western countries imposed sanctions on us and the rationale in Government then was that they were no longer neutral observers when they had already taken a position against us.

“In the new dispensation, Government decided to re-engage with the West and the rest of the international community and this (the invitation) is also in line with the Government’s commitment to run a free, fair and credible election. Government has nothing to hide, so we are inviting everyone including those countries that still maintain sanctions on us.”

On the issue of sanctions especially by the US, Ambassador Bimha said their removal was a process. He said there was a re-engagement effort underway and that there positive understanding from Washington.

Invited countries include all 15 Sadc member states, and all members of the European Union bloc.

In North America, Government is inviting the United States of America, Canada and Mexico while Brazil, Ecuador, Nicaragua and Venezuela will represent South America.

From Asia, Government approved China, India, Indonesia, Iran, Japan, Malaysia, Pakistan, Palestine, South Korea and Thailand and from the Caribbean invitations will be extended to Cuba, Jamaica, Trinidad and Tobago, Guyana and Barbados.

Australia, New Zealand and Papua New Guinea are also going to be invited from the subcontinent.

Organisations to be invited at Sadc regional level are the Sadc Parliamentary Forum and the Common Market for Eastern and Southern Africa (COMESA).

International organisations coming to observe Zimbabwe’s polls are the Commonwealth and the Non-Aligned Movement.

Over and above that, the African, Caribbean and Pacific Group and ACP-EU Joint Parliamentary Assembly are coming to witness the polls.

Diplomats accredited to Zimbabwe will be authorised to observe the elections on request.

This is a departure from the 2013 situation when only diplomats accredited on full-time basis observed the polls.