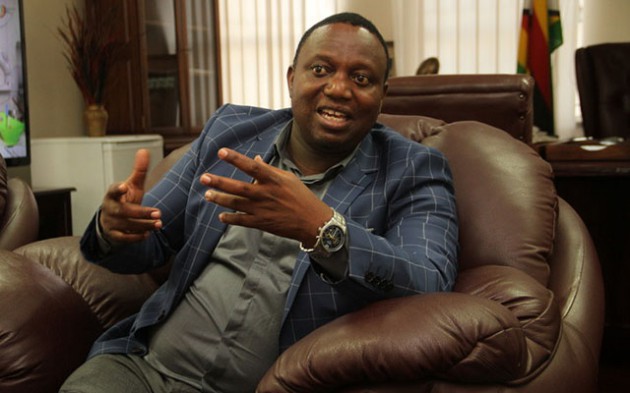 Bulawayo Bureau
President Mnangagwa will on Thursday officially open the Youth Empowerment Bank, which is set to fund various projects for young people across the country.

“I can confirm that the President will officially open the Youth Empowerment Bank on Thursday July 5 prior to meeting tertiary students at the Harare International Conference Centre (HICC),” he said in an interview.

Government set aside $12 million in April for the establishment of the young people’s financial institution.

“President Mnangagwa is a man of action and we are not sleeping in our respective ministries,” said Minister Kazembe while addressing youths recently. “Our youths need training and we are setting up vocational training centres in every district throughout the country. We are hitting the ground running.”

At the weekend, deputy secretary for youth affairs in the Zanu-PF Politburo0 Cde Lewis Matutu told youths at the launch of the #EDhasMyVote campaign in Midlands that the party had resolved that loans should not be disbursed in hard cash to avoid non-performing loans.

He said the empowerment bank, which will be issuing loans, will only release money to suppliers of equipment and implements that the applicants want to acquire with the loan.

Last week, Government officially opened the Women’s Bank, making history as it the first of its kind to be established in Southern Africa.

The move was applauded by the African Union (AU), which recognised the country’s efforts in empowering women.

President Mnangagwa urged the Women’s Bank and other financial institutions to restore depositors’ confidence and to desist from charging punitive bank charges.

“The bank will, therefore, seek to champion women’s financial inclusion through availing affordable funding options to start their own enterprise,” he said.

“Zimbabwe is, therefore, a torch bearer in this regard. Women in Zimbabwe have acquitted themselves exceptionally well over the last two decades when the nation was confronted by a myriad of challenges which threatened its social fabric.

“We are fully cognisant of the reality that sustainable economic development can only be achieved through the full participation and collective economic strength of all citizens including women and the youths.”

President Mnangagwa said good governance and public confidence in the banking sector were prerequisites for any strong financial services sector.

He said his call for good governance and leadership styles in the Government and its agencies should also transcend into the banking sector.

“I, thus, urge the board of directors, management and staff to prudently, honestly and fairly manage the affairs and fiduciary duties for the good of the banking clients,” he said.