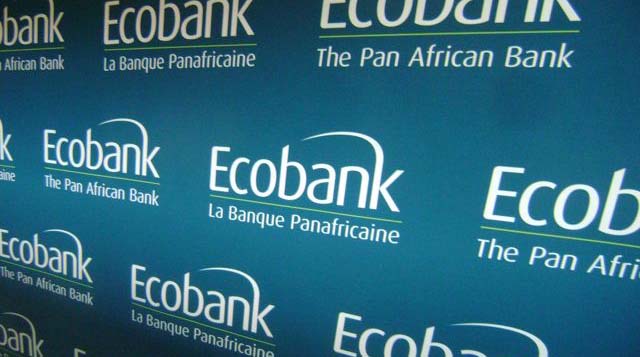 For almost two decades now, Zimbabwe has been facing serious foreign currency shortages to import essential consumables such as medical drugs and critical spares for machinery to keep the country moving.

Government, despite mounting responsibilities, including paying civil servants timeously and funding essential imports to keep the country ticking, has also been financing the agricultural sector to ensure food security and to generate foreign currency mainly from tobacco and cotton.

It is against this background that banks with foreign parentage that can easily mobilise extra liquidity in foreign currency should rise to the challenge to fund other critical activities such as trade and the importation of essential commodities.

News this week that Ecobank Zimbabwe, a unit of Togo-based Ecobank Transnational Inc, was arranging a $45 million line of credit to fund the importation of critical raw materials is therefore welcome.

Since January 2018, Ecobank has been funding nearly 100 percent of crude (edible) oil imports for the production of cooking oil and about 80 percent of fuel imports, the bank’s chairman Mr Fortunate Chisango told Business Herald on Tuesday.

The bank also financed the importation of the bulk of fertiliser used for Government’s import substitution programme, Command Agriculture. This is a great initiative by a local financial institution.

Stanbic Bank Zimbabwe has availed $164 million over the past 12 months to fund the working capital needs of the country’s mining sector. The funding represents 71 percent of the sector’s working capital requirements.

Stanbic’s corporate and investment banking director Rhett Groves told guests at a Chamber of Mines presidential gala dinner recently that their support for the sector was premised on its importance to economic development.

The good thing is that there are so many banks in Zimbabwe that have foreign parentage such as Barclays, Nedbank, Standard Chartered and NMB, among others, that can also play a key role in helping the country finance some of the critical requirements.

Before we are misread, we are not saying these banks have not been assisting the country. No, they have played a big role by providing banking services to Zimbabweans for decades. Our appeal is simply that as the new political dispensation battles to develop the economy, it is vital for banks to intervene with a number of packages.

The country adopted the multi-currency system in 2009 after the value of the Zimbabwean dollar was eroded by hyperinflation.

Since October 2017, Ecobank has facilitated over $150 million worth of lines of credit into the economy, assisted by its shareholder and foreign partners, revealed Mr Chisango.

The Reserve Bank of Zimbabwe has been working hard to ensure adequate foreign currency allocations to various priority sectors of the economy.

Zimbabwe experienced a structural shift in the economy from predominantly large corporates to SMEs, which are playing a critical role in job creation and poverty alleviation, contributing more than 60 percent of the country’s gross domestic product, according to the central bank.

And Ecobank’s Emerald Club seeks to promote financial emancipation for small to medium businesses by availing financing for their activities — a welcome development.

Stanbic Bank Zimbabwe’s $164 million support to the mining sector for the past 12 months shows that its an African bank eager to see wealth spread among local people.

Said Stanbic’s Mr Groves: “Mining is without a doubt the sector that is playing a leading role in the current economic transformation push and ongoing Zimbabwean renaissance.

“This and other reasons is clearly why we look for ways to continuously demonstrate our commitment to partner the industry.”

The mining industry is contributing in excess of 15 percent to nominal GDP; 50 percent to national exports and 60 percent to foreign direct investment flows into the country.

We believe other banks can partner other Government arms under win-win arrangements to build the country’s energy infrastructure, import fuel to keep the country running, or fund mining companies’ beneficiation initiatives to ensure the country grows its exports.