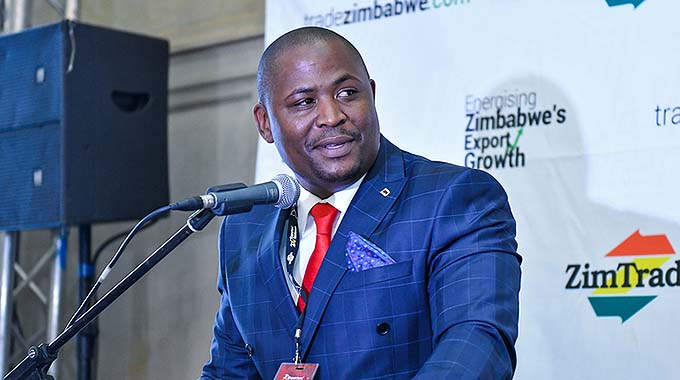 Oliver Kazunga Bulawayo Bureau
ZIMTRADE says it has been approached by exporters requesting the export promotion agency to engage relevant authorities to establish bonded warehouses in the country to enhance access to raw materials.

The operational competitiveness of local manufacturers has recently been negatively affected by lack of access to raw materials on time.

Against this background, ZimTrade acting chief executive officer Mr Allan Majuru told our Bulawayo Bureau that his organisation has been approached by some exporters seeking the agency to lobby relevant authorities over the establishment of bonded warehouses in different sectors of the economy.

He said if the envisaged bonded warehouses were set up that would go a long way in improving the economies of scale by local companies.

“We have had discussions with some companies that are lobbying for our investors to come and set up bonded warehouses locally for raw materials in different sectors so that businesses have quick access to raw materials,” said Mr Majuru.

“The next step is to engage the relevant authorities on what we have found out from local companies so that they also get to appreciate what’s happening on the ground and also the consequences that are there if we do not heed their call.

“For example, investors from China can come to Zimbabwe and set up a bonded warehouse for raw materials such as fabric for the clothing and textile industry.”

He said the setting up of the bonded warehouses will be a noble initiative if done on sector by sector basis to ensure that each sector has easy access to the critical raw materials.

Mr Majuru said it was easy for the country to seek investors in bonded warehouses for different sectors as most of the import requirements by various sectors were known.

For example, some companies are taking up to three months to secure their raw material import orders and this has to some extent rendered the companies uncompetitive, he said.

Mr Majuru said more raw materials were needed in light of the envisaged massive investments Zimbabwe is experiencing under the new political order.

“Currently, the drive is to focus on exports and from our end what we are doing as ZimTrade is identifying markets to which local companies can export their products.

“We are also working with RBZ to make sure that companies that require foreign currency to purchase raw materials can access that forex because the only way Zimbabwe can address forex challenges is to grow the exports,” he said.