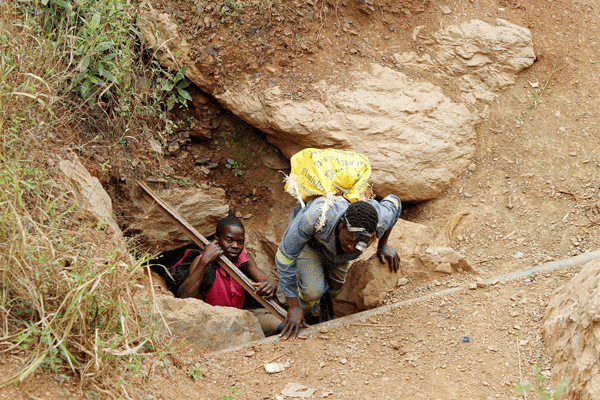 ONE of the major issues that drove Zimbabwe’s indigenous black population to take up arms against the colonial regime was their land which had been brazenly appropriated by invading colonial powers from Europe wrought on conquering new territories. At the onset of the invasion of the African continent in the 1870s, leading to its partitioning in years that followed, indigenous populations were displaced and forced to settle on barren lands as the colonial masters took all the fertile lands as well as their cattle. It was such a painful era for our forebears that their descents galvanised and successfully managed to wrest control of the lands of Africa.

Given this background it then boggles the mind that Zimbabweans and many other African nations seem unsure of what they should now do with the land they sacrificed their blood, sweat and tears to liberate. For Zimbabwe, it has been 39 years since the nation gained self-rule, but has nothing much to show why it clamoured for independence. Instead, the country is replete with bewildering incidents of a people who have completely lost their marbles.

One such incident is happening in Matabeleland North province where farmers are being driven off their lands by marauding gold panners who are wantonly burrowing their homesteads and crop fields in search of the yellow metal in Bubi district. The gold diggers are predominantly violent and daring to stand against our police force, which to us is quite perplexing.
It is as if there are no longer laws governing as well as protecting us. It appears as if the law of the jungle has overrun our country. Why is such lawlessness being allowed to flourish? Some believe poverty and scarcity of jobs is driving thousands into gold mining and those engaged in this trade will not let anything stand in their way as they seek to survive.

But there are those who have for generations survived well on agriculture who must be allowed to continue doing what they know best; and government should not allow what is happening in Matabeleland North’s Bubi district to get out of hand. It is high time the country shakes off its age-old demeaning pariah State title because it has been trampling upon the rule of law for decades. What is happening in Bubi can only serve to arm the country’s detractors and naysayers. Even those who shed their blood to liberate this country from colonial rule must be violently turning in their marked and unmarked graves within and without the country. It is high time the country’s land tenure and mining laws are harmonised to properly guide the people in whatever they do. It is unacceptable to have a section of our population having the liberty to turn the law on its head for selfish gain. It is as if there was never any mining in the country before. It is sad that, despite the fact that this nation became an economic powerhouse at one time through agriculture, we now have some misguided elements who think gold mining will rescue us from the poverty trap we now find ourselves in.

While mining needs to be promoted, our farmers also need to be protected and allowed to farm the land and serve us from the spectre of hunger that has been haunting us for many decades past.