PARLIAMENT on Thursday last week made for interesting listening. Board members of Hwange Colliery Company, led by acting chairperson Juliana Muskwe appeared before the Parliamentary Committee on Mines to talk about the goings-on at the struggling miner. 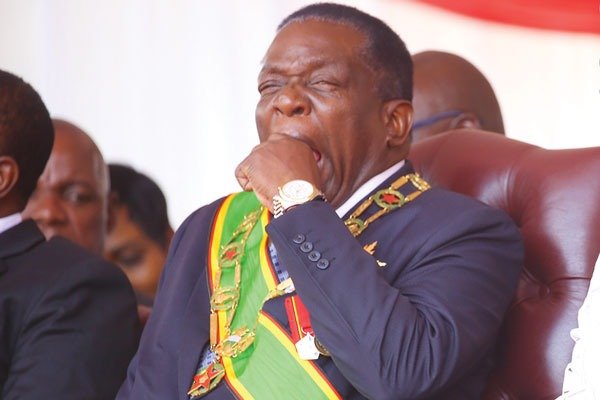 Muskwe and her colleagues testified that some $6,4 million which government had pumped into Hwange Colliery Company for exploration, allegedly disappeared and that any effort to deal with the culprits or follow the money was landing members of the board in trouble from some shadowy characters who invoked President Emmerson Mnangagwa’s name, office and power.

Two years ago, the same company was involved in an irregular purchase of Turbo Mining, a contractor, at $2,8 million, when the mining contractor was valued at $800 000.

The Colliery’s obligation to Turbo rose to $5 million, including the legacy debt of mining operations rendered to the former, according to the memorandum of understanding signed between the two companies.

The disappearance of the $6,4 million, and the irregular purchase of Turbo Mining took place under the stewardship of former managing director, Thomas Makore.

Clearly, Hwange Colliery, like other parastatals, is a feeding trough for the bigwigs and their cronies. In Hwange’s case, the cronies were bold enough to kidnap members of the board for not toeing the line, and were assisted in this shocking episode by the police!

What recourse did the board members have? Certainly not the minister, Winston Chitando, or Mnangagwa. Chitando’s response was to place the Colliery under administration, stripping the board of any powers.

This one Shepherd Tundiya had enough authority to order the board to meet with an unnamed director in the President’s Office and the Mines minister.

“When we went to the President’s office, we only saw a director (no name given) who instructed that we should work well with Tundiya. He (Tundiya) then took control and ordered the board to reinstate (acting managing director Shepherd) Manamike. He also called for another meeting at Chitando’s office where he gave instructions and surprisingly, Chitando was quiet and did not say anything,” Muskwe told the committee, which is chaired by Temba Mliswa.

This conspiracy by silence needs to stop. Even Mliswa, whose bellicose approach to dealing with issues has led to some interesting times in the august House, chose to blame the Hwange Colliery board for taking orders from Tundiya. No demand for Mnangagwa and Chitando to explain themselves.
A mountain too steep, perhaps?

On Wednesday last week, Finance minister Mthuli Ncube presented a ministerial statement on the state of the economy and discussed his recent reforms with Members of Parliament.

He disclosed that government had $500 million, which was one of the chief reasons fuelling the budget deficit and budget overruns.

What we learn from the Hwange Colliery is that government has many questions to answer on its stewardship of State-owned enterprises and that it is the biggest culprit in their underperformance. Hwange’s problems are symptomatic of the deeper problems at parastatals and other State-owned companies that require external audits to shed light on the goings-on.

You want to fight corruption Mr President? Start the clean-up in your office, otherwise it is difficult to buy into your mantra, any mantra you utter really.