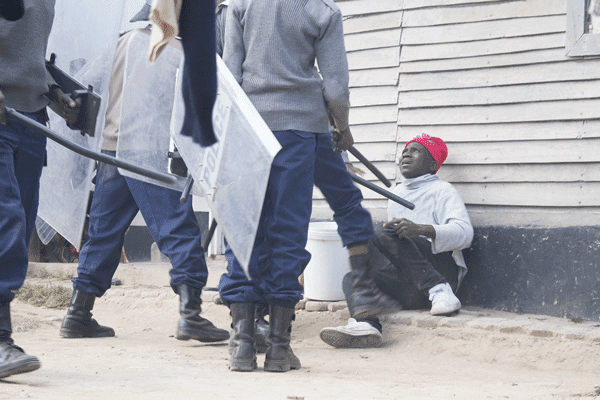 IN our Tuesday edition of NewsDay we carried two unrelated stories which, however, strikingly touched on one of the many sore issues that have created animosity between the police and the very public that the force is supposed to protect.

In one of the stories the Senate Thematic Committee on Human Rights expressed grave concern over the inhuman state of most police holding cells at various police stations across the country.

“The committee was disgusted by the pungent smell that came out of the cells because of the grim state of the ablution facilities which was in violation of the Constitution in respect to inhuman and degrading treatment,” the senators observed after visiting one of the country’s police stations.

In the other story in which a Harare-based model is suing the Home Affairs minister, Commissioner-General of police and the Prosecutor-General, High Court judge Justice Edith Mushore took exception at police behaviour regarding its handling of accused persons.

“At this juncture, I need to pose a question that being how can a public trust a police force which uses its uniform to victimise innocent civilians at the expense of the public purse which is used to pay out awards of compensation to wronged individuals? This is an abuse of power by police officers who believe that it is their right to be above the law,” the judge said.

In the first instance, while it may be beyond the police’s powers, financially, to improve the conditions of their holding cells, the least they can do is to constantly lobby their parent ministry on the issue as well as maintain some semblance of cleanliness in the cells. Being an accused does not mean that one should be subjected to abuse or condemned to an inhuman life while in custody awaiting a court appearance.

In the second instance, Justice Mushore clearly exposed some of our police officers’ strange tendency, if not penchant, to abuse people who have been arrested.

This proclivity to abuse hapless accused people is also evident in the state of the police holding cells. In this critical time in the country’s tortured history, during which it is hoping to correct its tarnished human rights record, it is imperative that our police should endeavour to act responsibly because they are the ones who are the best ambassadors of the nation’s efforts to clean up its messy human rights record. It would be an affront to the country’s efforts to clean its dismal human rights record if the police force continues perpetrating those abuses.