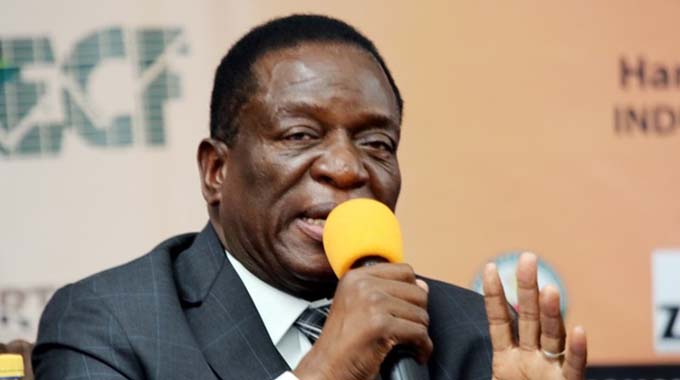 Wednesday’s official handover of Cabinet papers repatriated from Rhodes University in South Africa was an emotional moment reminiscent to what the nation experienced in 2003 when the German Embassy in Harare handed over the plinth of eight Zimbabwe birds that had been spirited away from the Great Zimbabwe by German missionaries more than a century ago.

The plinth was handed over to former president Robert Mugabe after long-drawn-out negotiations starting in 1980.

As President Mnangagwa this week received State papers that cover the period 1927 to 1979, he underscored why this was a momentous occasion in piecing together Zimbabwe’s collective memory through its history, for this is not just for posterity, but should aid research.

The State documents had been unlawfully removed from various Government registry departments by Rhodesian prime minister Ian Douglas Smith and taken to Rhodes University, where they became part of the university’s special collection under the name, “Ian Smith Papers”. Smith had personalised State papers for his benefit.

Said President Mnangagwa; “History and culture in their broadest sense are fundamental pillars for national pride and identity . . . Properly leveraged on a people’s history and cultural heritage thus provides the most reliable and sustainable building blocks for social and economic development through creation of vibrant communities and helps build social capital.”

Some might be asking, so what? Why do we need these historical documents in the information age? However, Pan-Africanist proponent Marcus Garvey said; “A people without the knowledge of their past history, origin and culture is like a tree without roots.”

For those who still question the relevance of these papers, let us say that we will for the first time get to know how the Rhodesian system operated and how decisions to malign the people of this country were arrived at: why, when and by whom.

We may also get to know who abetted the Rhodesian regime and maybe what happened to luminaries like Edison Sithole.

Researchers in various disciplines should therefore be excited by this development.  Although these documents, covering a nine-decade period, will not tell the full story of the colonial system and its operations, they provide some of the missing links into how colonialism thought it would thrive forever.

We are also hopeful that findings from these papers will help bring to closure a number of outstanding issues from the colonial era, in the process aid the national healing and reconciliation process.

We have confidence in our scholars from different tertiary institutions that they will add value to these documents and ensure that people understand and appreciate this part of their history.

We also thank Rhodes University for realising the importance of repatriating these documents. However, from what President Mnangagwa said, Zimbabwe’s historical artefacts lie in different parts of the world, especially the West.

Key heritage institutions like the National Museums and Monuments of Zimbabwe and others should also be saluted for the efforts they make, under challenging conditions, to ensure that Zimbabwe’s lost history is recovered.

But, the return of these documents goes a long way to demonstrate how the re-engagement process undertaken since Operation Restore Legacy is bearing fruit.

The United Kingdom, Australia and other European countries where a number of our historical documents and artefacts were taken can also do what Rhodes University has done.

This is important for our future relations, since that future is underpinned by the past. Chances that some of these valuable items might have been sold and/or are in private collections are also high, but the UNESCO-funded handbook: “A Manual on Combating Heritage Crime and Illicit Trafficking in Cultural Property”, can be used to trace the materials.

What are the economic advantages?

Whoever becomes the custodian of these materials should ensure that they are monetised and sold as exclusive collections from Zimbabwe.

At the same time, there should be laws in place to ensure that even in the electronic age, we do not have similar leakages. WikiLeaks and the Panama Papers have shown how in this cyber age history can still be stolen.