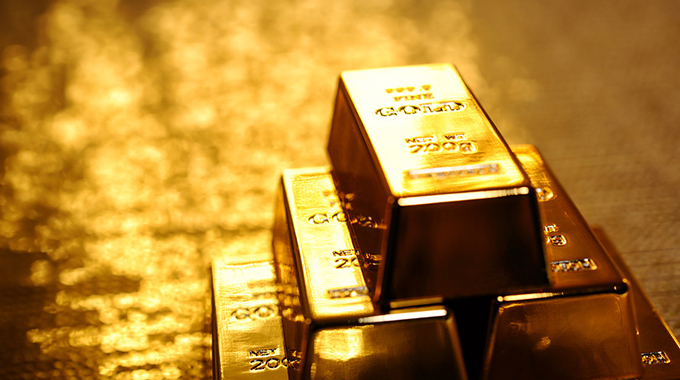 Many Zimbabweans might not be aware that the country has 13 million tonnes of proven gold reserves underneath it of which only 580 tonnes have been exploited since 1980, making it a country with the second largest gold reserves per square kilometre in the world.

This is intriguing given that the central bank chief Dr John Mangudya, recently revealed the country has potential to earn over $4 billion per annum from gold exports if it fully exploits the vast reserves in its chest.

Latest statistics reveal since 1980, the country has managed to produce an average 17 tonnes per year, meaning less than 600 tonnes of the precious metal have been extracted since independence.

However, most of it has been exported in its raw state, earning the country a pittance, calling for the need to invest heavily in value addition technology if the lives of millions of Zimbabweans are to be transformed.

Government-owned Zimbabwe Mining Development Corporation (ZMDC), has some of the best gold infested mines in the country, but what was only lacking is sweating the assets to produce value for the country.

The gold mines under ZMDC include Sabi and Jena gold mines with a capacity to treat 450 tonnes of ore per day each as well as Elvington Gold Mine, which used to produce 45kg of gold per month.

However, in as much as it is fascinating to note the country has such huge deposits still untapped, what is critical to Zimbabwe is not the capacity to extract the minerals in huge quantities and sell them to whoever need them.

We can partner some players in the world with the most sophisticated mining equipment with the capacity to extract over 200 tonnes of gold annually, but that will not benefit Zimbabwe and its people as long as we do not value add the minerals before exporting them.

At the current rate of about 30 tonnes annually, we have as a country, the capacity to produce enough gold to back our national currency in an event central Government decides to introduce it in the near and foreseeable future.

However, central to quick economic gains from the minerals such as gold is to ensure they are converted into various finished products before they are exported that will help the country realise real value.

Gold is a finite resource and this calls for strategic and sustainable approaches to extract a mineral that we also expect to benefit generations to come.

Selling gold nuggets like what some unscrupulous dealers are doing in the sector is as good as exporting jobs, a development that only benefit a few connected players at the expense of economic development and that must stop forthwith.

Central Government through the legislature should come up with laws that ensure smuggling gold out of the country attracts stiffer penalties.

As Zimbabwe adopts “The Open for Business Mantra,” it is our hope that the beneficiation mantra should not only end in minerals such as gold, platinum, lithium, palladium among others, but should be spread to nearly all products including crops grown in Zimbabwe.

Besides pushing for minerals beneficiation plants, the legislature should ensure laws are promulgated that ban the exportation of all products originating from Zimbabwe in their raw state.

Government, it’s our hope, should ensure some enabling laws are made that encourage some foreign firms interested in our resources to set up bases in Zimbabwe, beneficiate the materials before shipping them to various international markets.

By so doing our people get employment, foreign currency is generated, latest skills are transferred to the country to ensure speed recovery of our economy that for two decades has been decimated by the illegal sanctions.

Therefore, in as much as we can celebrate the existence of 13 million gold reserves underneath our country, not much can be realised by the current and the future generation as long as the minerals are exported to various world markets without being beneficiated first.