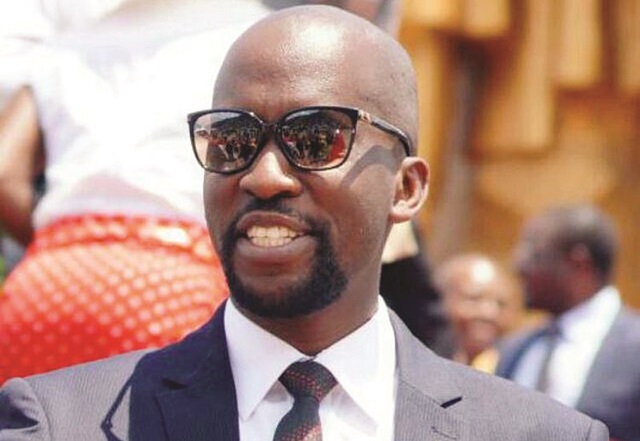 “Chiwenga and others must remember the masses who supported their coup in Harare last November were MDC supporters. To our colleagues at the Herald House, this is what is a real flop looks like.”

PRESIDENT Emmerson Mnangagwa has shown a penchant for getting carried away whenever he steps on to the podium to address an audience or the media.

In a desperate but ridiculous bid to show that his ascendancy to power on the back of guns and tanks has been economically beneficial, he has been plucking foreign direct investment (FDI) figures out of thin air. In February, Mnangagwa spoke of securing US$3 billion in FDI commitments.

In March, he declared he had secured US$7 billion in investment commitments, more than double that of the previous month.

Before we could digest this preposterous hyperbole, Mnangagwa was at it again in April, claiming the nation that he had secured US$11 billion in FDI commitments. This has unsurprisingly invited derision with one humorous Zimbabwean tweeting that he had also “committed” one billion dollars to bring Mnangagwa’s investment kitty to US$12 billion!

However, this did not deter Cde Ngwena from going on to claim last month that he had bagged US$15 billion in FDI investment commitments before upping that figure to US$16 billion.

To put Mnangagwa’s assertions into context, the US$16 billion he has claimed to have secured is eight times more than what economic powerhouse South Africa received in FDI in 2016. It is also just US$5 billion less than what the whole of Southern Africa achieved in 2016!

Indeed, Mnangagwa’s fertile imagination would be comical if it were not so tragic. That Mnangagwa throws around these figures when there has been no abating of the current liquidity and cash crisis, is a damning indictment of his leadership. Indeed, there has been more change to the girth of his corrupt ministers than there has been to the economic situation.

MDC Alliance leader Nelson Chamisa, who has been savaged for his hyperbole and sometimes outright fibs during political rallies, will be happy to know he is not alone in the hyperbole boat.

As former British prime minister Benjamin Disraeli once said: “There are three kinds of lies: lies, damned lies and statistics.” It‘s dead heat between Mnangagwa and Chamisa in the race for votes and lying!

Still on fabulists and lies, the state-controlled daily The Herald is well-known for looking at issues through rose-tinted glasses — which is a polite way of describing fantasy and Alice in Wonderland tendencies.

Just when you thought it could not get any worse, The Herald can always be trusted to prove you wrong on that.

In its coverage of the massive MDC Alliance protest march on Tuesday this week, it incredibly described the demonstration as a flop. Only The Herald can describe a march attended by thousands as a flop. Perhaps we should not be surprised by our own Pravda Soviet-style propaganda.

Only recently they were forced to eat humble pie after they had lied that a Chinese company had poured billions of dollars into the tourism sector. This resulted in them sheepishly admitting that “it had been brought to our attention” that it was just a mere memorandum of understanding not the billions they were dreaming about.
Much ado . . .

well, in another spin, The Herald made a song and dance about the MDC Alliance march being allowed to go ahead. The paper celebrates that the opposition party has been allowed to march as if this is something to be thankful for.

It seems to elude them that the freedom of assembly is a right enshrined in the country’s constitution. The fact that they are making so much noise shows just how autocratic Zanu PF regime has been.

Surely in democratic societies, protest marches are normal and do not warrant such brouhaha by Zanu PF apologists.

“President Mnangagwa said he instructed security agencies to let the protest go ahead,” The Herald bleats with no sense of irony. This just exposes the despotic hellhole this country had become under fromer president Robert Mugabe and his enforcer-in-chief, Mnangagwa.

Chaos remains Zanu PF stock-in-trade as evidenced by the failed march by the party’s youth league on Wednesday. The march was held ostensibly to support Mnangagwa’s call for peace during the election period.

However, like a leopard which never changes its spots, Zanu PF soon relapsed to violence. The few party members in attendance openly fought among themselves and defied orders after they failed to get campaigning regalia.

Tempers flared during the chaotic distribution of T-shirts at the venue and got worse after youth commissar Godfrey Tsenengamu ordered those handing out the regalia to stop and pave way for the commencement of the programme.

The chaos got so bad that their leaders threatened to unleash security officials on those who were jostling. Oh dear, so much for a march for peace.
It was so embarrassing that Vice-President retired General Constantino Chiwenga and other top Zanu PF and government officials were initially pencilled in to address the march, were nowhere to be seen.

Chiwenga and others must remember the masses who supported their coup in Harare last November were MDC supporters. To our colleagues at the Herald House, this is what is a real flop looks like.

The cliché “the more things change the more they remain the same” rings true of Zanu PF.

This he did after he harassed Mhlanga and manhandled his wife during a live radio programme and took the phone which had recorded the assault.

Mukupe, who has gained notoriety for assaulting a senior official in his ministry over per diems, has declared soldiers will not allow Chamisa to rule should he win the elections and bizarrely called for the men’s national soccer team to be detained at the military barracks for being humiliated in a continental soccer tournament, has turned into a victim yet the real victim is the one facing arrest, a common modus operandi of the Mugabe regime. So much for the so-called new dispensation!

State broadcaster the Zimbabwe Broadcasting Corporation (ZBC) for the first time beamed live the launch of the MDC Alliance manifesto. This was the first time ever that an opposition event has been covered.

Although Muckraker would really like to believe this was a Damascene moment from the Zanu PF mouthpiece, the truth is it’s a ploy to buy crediblity.

However, it appears it is the presence of foreign election observers in the country that has prompted this spectacular volte face.

In any case it was refreshing to see speeches by Chamisa, Tendai Biti and others on the screen which was a departure from the Zanu PF drivel which Zimbabweans have been bombarded with ad nauseum. But, in other news, Chamisa’s speech would not have been complete without a healthy dose of hyperbole.

At the launch, he repeated his promise to build an airport in Murewa, as well as making Gweru, which is more than 300 kilometres away from Harare, the administrative capital of Zimbabwe and spaghetti roads. Clearly, he will soon promise to build bridges where there are no rivers.

Newer Post
No more business as usual for you social media liars
Older Post
Mnangagwa ahead of Chamisa: Survey