Mnangagwa ahead of Chamisa: Survey 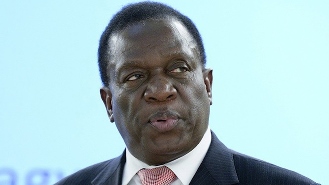 Source: Mnangagwa ahead of Chamisa: Survey – The Zimbabwe Independent June 8, 2018

RESEARCH outfit Mass Public Opinion Institute (Mpoi) has predicted that President Emmerson Mnangagwa will get 42% ahead of his main rival MDC Alliance leader Nelson Chamisa’s 31% in the July 30 elections. It said nearly 25% of voters are either undecided or refusing to reveal whom they will vote for.

This comes as a Kenyan research group has also released an error-riddled survey predicting a Mnangagwa landslide of nearly 70% . Mpoi executive director Eldred Masunungure told the Zimbabwe Independent yesterday that their findings — announced in Bulawayo yesterday and collated between 28 April to mid-May — have shown that Chamisa will fall short of what is required to win the vote.

“Our findings show that Chamisa will do better than what (the late MDC leader Morgan) Tsvangirai would have done, but the reality is he is not likely to be at State House come 30 July 2018,” Masunungure said.

“It would be dangerous and deceptive to think that the unknown group will vote for either of them.”

Meanwhile, a Kenyan outfit, Tifa Research, also produced an error-strewn poll which predicted Mnangagwa will win 68,5% of the vote, with Chamisa getting 19,5%. It also claims National People’s Party (NPP) leader Joice Mujuru will get just 2% of the vote with 1% of the vote going to MDC-T breakaway group leader Thokozani Khupe and 0,5% being shared among the remaining contestants. However, it is the errors in the poll that stand out. In the survey report, the picture of one of the MDC Alliance principals, Welshman Ncube is placed above Khupe’s name, mixing up the two.

The survey has also based its prediction on 4,461 million voters, which falls far short of the 5,5 million voters registered by the Zimbabwe Electoral Commission.

In a section titled Political Party Support, Tifa Research lists the NPP twice and, when the figures are added up, they amount to a mathematically impossible 101,5% for all political parties. The sloppiness of the poll, which was conducted between May 30 and June 4 covering all 10 provinces, has raised questions over its credibility.

The results bear close resemblance to the dodgy poll conducted by Zanu PF consultant and former spokesperson of Ugandan rebel group Lord’s Resistance Army, David Nyekorach Matsanga, who crawled out of the woodwork to cobble together a dubious survey claiming Mnangagwa will win 70% of the vote if elections were to be held today ahead of the July 30 polls.

Under the auspices of the shadowy Pan African Forum, Matsanga’s survey claims if the country holds elections now, Mnangagwa would get 70% of the vote, with Chamisa taking 24%. It further Mujuru would garner just 1% of the vote.

Matsanga’s phony survey resembles those which used to be conducted by University of Zimbabwe lecturer Joseph Kurebwa on the eve of elections predicting former president Robert Mugabe and Zanu PF victories. The surveys were later exposed by the Independent to be Central Intelligence organisation fabrications to justify electoral manipulation and fraud.