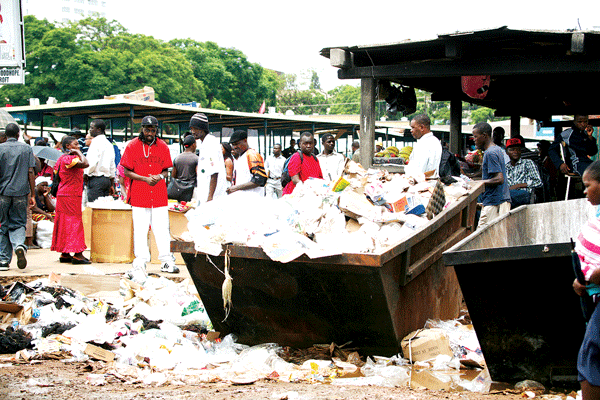 THE Environment Management Agency (EMA) has launched a blitz on litter bugs in Harare and Chitungwiza, which has resulted in one of the country’s largest pharmaceutical companies, Varichem, being issued with a $800 000 ticket for dumping medical waste along High Glen Road in the capital.

Varichem was nabbed during on-going inspections for waste dumping in the capital.

“Varichem is one of our biggest pharmaceutical companies in Zimbabwe. Today (yesterday), EMA discovered that Varichem was dumping waste along High Glen Road.

“In terms of the EMA Act, medical waste is supposed to be incinerated. So Varichem violated the EMA Act. The agency served the company with an order to remove all the medical waste as well as a ticket amounting to $800 000 for violating the EMA Act,” Mavondo said.

“We would like to urge all those companies which deal with medical waste to ensure that all the waste is incinerated. That’s the appropriate way of disposing of medical waste.”

He said the EMA inspections for waste dumping were an on-going exercise that was meant to create positive environmental attitude among citizens.

“The agency is covering the whole of Harare Metropolitan. The public and companies are urged to dispose of their general waste at designated sites. Hospitals and pharmaceutical companies should incinerate their medical waste. Medical waste and general waste should never be mixed,” Mavondo said.

Harare has been grappling with pollution caused by illegal dumping due to the failure by the city fathers to regularly collect waste.