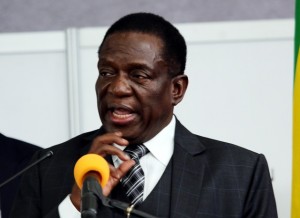 ZIMBABWE’S economic crisis compares with the Greek crisis in effect though its strain is much worse when you look at the dimensions and drivers of the crisis.
The “Zimbabwe is Open for Business” reform thrust followed by Emmerson Mnangagwa (ED) since he took over as President in November 2017 shows that the scope of reform is ambitious, broad and comprehensive, targeting everything inflaming the crisis or stifling growth.

However, the transition so far is nowhere close to what Zimbabweans hoped for while the reform effort has fallen short of what is required to address the country’s deep-seated and persistent problems.
Stunted growth is likely to continue for another year, dragged down by chronic liquidity challenges, the twin deficits, high and unstable inflation, foreign currency shortages and rising public debt.
Part of the reason is that the problems are structural, while the biggest challenge is that the transition period is too short for ED to open Zimbabwe for business and haul it from the rut where Robert Mugabe left it.

When you look at the nature of the Zimbabwean crisis, it leads you up to very complicated, somewhat controversial reform needs.

Whether Zimbabweans like it or not, it’s time to start thinking about adjusting the economy structurally and reposition it to start performing again.

As expected, over the last six months of transition, ED has set the strategic direction for structural change, first by defining his public governance agenda which involved uprooting a number of policy and institutional holdups, then by frontloading his structural reform priorities clearly delineated in his inaugural National Budget, most of which can only be addressed after elections, over a long haul.
What I think is lacking at the moment is public political support for reform for reasons that are more related to Mugabe’s ruinous, ruthless and self-serving administration than to ED’s six-month rule.
Fatigued by many years of crisis under ZANU-PF, the general Zimbabwean citizenry has generally found it expedient to look at ED as a shadow of his widely-hated predecessor and scapegoat him for the persistence of a crisis he didn’t create, conveniently overlooking most the reforms he has chalked up so far and questioning his commitment to and capacity for change.
It’s a matter of perception.

A point often overlooked in current discussions of Zimbabwe’s transitional economics is that the top drivers of crisis — the twin deficits, unsustainable public debt, inflation and liquidity crisis — have all reached a self-sustaining level too deep to adequately address through monetary and fiscal policies.

During his days as Reserve Bank of Zimbabwe (RBZ) governor, Gideon Gono ended up straying beyond his monetary bounds to address structural challenges that were driving the crisis and undermining his policies and measures.

In my previous article, I talked about the need to establish a free market economy and reduce the level of economic informality to sustainable levels by rebuilding the economy’s industrial base.
Below, I’ll briefly discuss one of Zimbabwe’s most devastating structural challenges requiring urgent structural adjustment, drawing comparisons with how other countries responded to short-run disturbances.

One way to explain the mystery behind ZimStat numbers is that unemployment is difficult to measure once it grows into what is termed structural unemployment, a semi-permanent state caused by company closures; long periods of low or declining investment; the contraction of industries that employed hordes of workers and rising economic informality estimated at about 60 percent, according to a report of the IMF.

As rational beings, people will only look for jobs when they hope to find them. But when job seekers have given up, they cannot be counted as unemployed according to the expanded definition of unemployment promoted by the International Labour Organisation and the Organisation for Economic Co-operation and Development.

For fear of getting caught up in a conceptual and methodological debate about what constitutes unemployment and how it can be measured, I will disregard ZimStat reports and draw their attention to the undeniable fact that job creation in Zimbabwe has been negative since the hyperinflationary period when the volume of jobs created through new investment and the expansion of existing operations is low compared to the volume of jobs lost.

It is estimated that over 10 000 workers lost their jobs between 2009 and 2014, due to corporate bankruptcy. More lay-offs, around seven thousand, followed after a landmark Supreme Court ruling on retrenchments in 2015.

When unemployment is high, unstable and persistent, it calls for urgent, at times measures to stabilise the labour market. In fact, the unemployment question is one of the top three policy priorities of any credible government, along with economic growth and price stability.

The unprecedented fire-fighting seen across the world during the global financial and economic crisis was invariably motivated by the twin goals of stimulating growth and stabilising the labour market.
Extraordinary interventions, from State-funded bailouts to quantitative easing, were implemented at firm-level to help companies to keep and grow jobs, in so doing containing the build-up in the level of unemployment from escalating to a structural condition.

On the contrary, Mugabe and his administration failed to respond in time to high and persistent unemployment growth until it became a long-term phenomenon, accepted in the country more or less as given.

In the last two decades of the notorious administration, macroeconomic objectives evidently drifted from macroeconomic stability to serving the outrageous vested interests of its oligarchy, resulting in a mysterious neglect of unemployment stabilisation, not least among other structural issues to be discussed in this series.

Policy studies have established that the stability and long-run growth potential of an economy is affected when unemployment is unsustainably too high and unstable.

A sad fact about Zimbabwe’s labour market situation is that unemployment has grown from a cyclical disturbance (related to temporary fluctuations in national income, aggregate domestic demand and corporate downsizing) to a structural challenge.

Manufacturing and agriculture, which used to absorb a majority of private sector labour force, have lost more than half their productive capacity since 2000 and contributed the most to the job losses experienced over the 18-year period.

Plant capacity utilisation in the manufacturing sector, a measure of output gap and unused employment potential, is currently below 50 percent and has fluctuated with a narrow band since 2011.

The policy responses that the next government should consider to bring the level of economic informality down and correct the anaemia of negative employment growth are all structural in nature and scope.

Such policy options include measures to encourage investment; promote entrepreneurship; raise corporate income; develop small and medium-sized enterprises from informal to formal companies; invest in human resources training to prepare job-seekers for the different types of jobs being created by contemporary technological development and expand spending on infrastructure, a key input in production.
Although the Economic Structural Adjustment Programme of the 1990s is blamed for cutting jobs and causing an increase in poverty, a structural adjustment of the type described above can have a profound effect on job creation.

Munyaradzi Mugowo is an economist, sociologist, researcher and consultant on mineral economics, industrial policy, development economics, social policy and business strategy. He is the managing consultant of Ziopra Consulting Group P/L and can be reached atmunya.mugowo@gmail.com.

Newer Post
Zim is open of business, but the labour law is closed
Older Post
Briefly.co.za: Is the ANC top 6 a recipe for disaster?