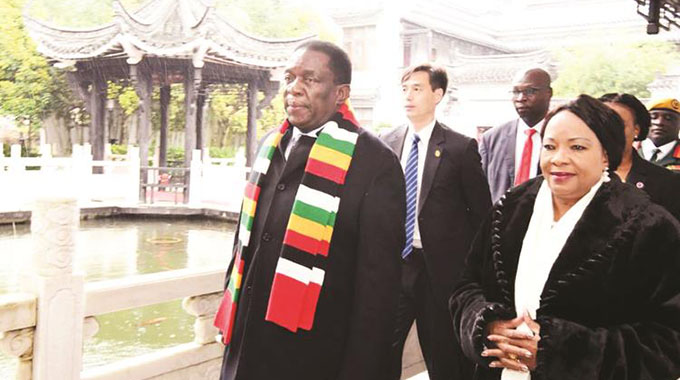 Briefing the Anhui Foreign Economic Construction Corporation (AFECC) here yesterday, the President said Government had become impatient with lack of construction activity along the country’s busiest highway that links Zimbabwe, South Africa and several other countries in the north.

“In the area of infrastructure development, we need bidders for the dualisation and widening of the Beitbridge-Harare Chirundu Highway,” he said. “For two years we have had problems with Geiger, so Cabinet has taken a decision to institute a legal process to terminate the deal as a result of non-performance.”

Geiger won the tender for the highway and commissioned the work in May 2016, but to date the road has remained untouched.

Its dualisation is one of the most critical infrastructure development projects for Zimbabwe.

So far, the highway has remained largely a narrow strip in many parts, with haulage trucks, buses and small vehicles struggling to move due to its bad state.

Resultantly, many accidents have occured on the road as vehicles side-swipe each other or overturn as they struggle for space.

Geiger has over the past few months submitted “unconvincing” reasons for its failure to begin work.

At some point, the firm said its equipment had been confiscated by the Zimbabwe Revenue Authority, while it is also understood that in one instance Geiger could not raise adequate capital to fund the multi-million-dollar project.

President Mnangagwa has said Zimbabwe urgently needs to build its infrastructure to create a conducive environment for the economy to take off.

Zimbabwe has a number of road, rail, dam and aiport projects which require investors to inject funds.

President Mnangagwa yesterday said Zimbabwe’s infrastructure was 18 years behind due to illegal economic sanctions, hence requiring injection of fresh capital to build and refurbish most of it.

He told AFECC executives that there was scope in such big firms as theirs to take up some of the oppportunities presented in infrastructure development.

President Mnangagwa, who is on a five-day State visit here, has said that economic revival was his major priority, hence the desire to get such projects as road dualisation off the ground.

President Mnangagwa commended AFECC for investing in Zimbabwe a few years ago at the height of retribution because of land reform.

At that time, many investors were sceptical of the country’s future.

“We are very grateful to AFECC for taking the risk to invest in Zimbabwe at that time during which only very few companies could do so,” said President Mnangagwa.

AFECC has so far constructed the Zimbabwe National Defence College in Harare, Longcheng Plaza also in Harare and the Golden Peacock Hotel in Mutare, and intends to put up a hotel and conference centre in Victoria Falls.