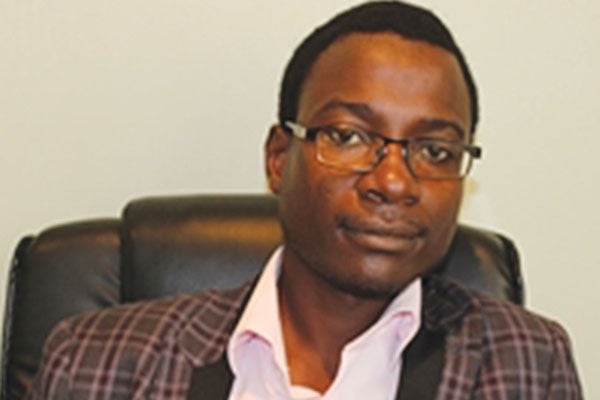 Zimbabwe’s socio-economic development plan, the Transitional Stabilisation Plan (TSP) is hinged on mining. This is not surprising because the country is endowed with world class mineral deposits in form of gold, platinum, lithium and chrome among others.

Therefore, it is important for Parliament to increasingly hold more to account government and industry on how mining fiscal linkages are leveraged to promote progressive realisation of socio-economic rights of citizens — health and education, for instance.

The workshop was held on May 24 in Harare.

Listed below are critical action points to enhance the mining sector’s fiscal linkages, mainly for the Parliament Portfolio Committee on Budget Finance and Economic Development
Since 2011, government repeatedly made empty promises to implement the extractive industries transparency initiative (EITI) or its home-grown version, the Zimbabwe mining revenue transparency initiative (ZMRTI).

EITI is a global best practice on mineral revenue transparency, which enables public scrutiny on the mining sector and its contribution to development, tax revenue mainly.

This time around, Parliament must exercise its oversight role to ensure that the Ministry of Finance and Ministry of Mines come up with a clear EITI implementation, which they will regularly monitor.

For example, Zimra can disclose mining sector performance per each revenue head corporate income tax (CIT), withholding taxes, customs duty, value-added tax (VAT), and pay as you earn (PAYE), among others. Further, disclosures can be disaggregated to show how major minerals like platinum, gold, diamonds and chrome perform per revenue head.

Tax incentives are a discount on tax revenue and they must be publicly accounted for. Zimra’ tax revenue performance reports, therefore, must be refined to account for the cost of tax incentives. Creditably, the 2019 National Budget Statement recommended the development of “a tax incentive monitoring and evaluation framework to facilitate the management of timed tax expenditures as well as to inform cost benefit analysis of tax expenditures by Treasury on an annual basis, with effect from 1 January 2019.”

Parliament must hold to account the Ministry of Finance and Zimra on how tax incentives are accounted for in line with the policy position of the 2019 National Budget Statement.

Parliament should follow up on platinum royalties which were reduced by the 2018 Finance Act from 10% to 2,5% to ensure that there is equal treatment for all players. The 2018 National Budget Statement, which triggered this development, promised that by August 2019, the platinum royalties would be reviewed.

This is getting close and it is important for Parliament to ensure that platinum royalties are reviewed accordingly to maximise revenue flows to Treasury.

To ensure that mining mega deals do not yield meagre tax revenue, as recommended by Africa Mining Vision (AMV), government must adopt competitive bidding in the disposal of mineral rights with proven geological potential. An extract from the Anglo Platinum mines’ (Angloplats) 2012 integrated report shows that “… the company will receive a payment of the amount of US$142 million due to it for the cession, in March 2008, of Kironde and Bougai mineral right claims…”

This is clear evidence that if government pursues lose it or use it principle, there is potential to have bumper revenue from disposal of attractive mineral claims if competitive bidding is adopted.

Right now, it is not clear how much government received from disposal of various claims released by mining companies like Unki Mine and Zimplats.

In 2018, Zimplats released to government nearly 24 000 hectares of platinum claims and it is not clear how much government benefited from such claims as well as concessions made to Zimplats as part of the new lease agreement.

Corruption is a cancer to the country’s development plans. Having a public register of beneficial ownership is important to peep beyond the corporate veil to expose people who are benefiting from mining deals.

This way, it is easy to publicly identify policymakers and implementers that have interests in business deals that they must negotiate and regulate for the benefit of the public.

As it stands, most government suppliers are highly over charging goods and services, some of which are of poor quality and it is not possible to fish out the “tenderepreneurs” that are siphoning public funds.

A country that hinges its economic development plans on mining must be guided by the Constitution, as in section 315(2)(c) — “An Act of Parliament must provide for negotiation and performance of concessions of mineral and other rights”.

In March 2019, Finance minister Mthuli Ncube announced that government had so far sealed mining deals worth US$8 Billion. These deals must be immediately be brought to Parliament for scrutiny to ensure that the terms and conditions harness optimal national development linkages from mining.

Zela to request for partnership with Zimra to produce a position paper to guide Parliament on the alignment of relevant pieces of legislation on mining taxation, the Income Tax Act, Mines and Minerals Act, and the Environment Act which are not currently speaking to each other.

 Mukasiri Sibanda is an economic governance officer with the Zimbabwe Environmental Lawyers Association (Zela). He writes in his personal capacity.