Former MDC legislator for Mpopoma–Pelandaba constituency, Samuel Sandla Khumalo has filed an application for rescission of judgment in a case in which he was served with an eviction order from his late mother’s house. 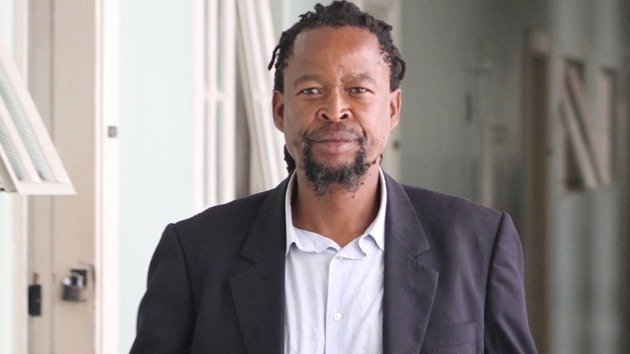 Bulawayo resident Nozizwe Ncube in 2017 filed summons at the High Court claiming to have bought the Pelandaba house from Joyce Khumalo in 2000, before she died years later.

Ncube was seeking an eviction order against Khumalo and payment of $1 419, 58 for accrued water bills. The High Court granted a default judgment against Khumalo, who was ordered to pay the sum demanded.

But on January 3 this year, Khumalo filed an application for rescission of judgment at the Bulawayo High Court, citing Ncube and Additional Sheriff of Zimbabwe as first and second respondents, respectively.

In his founding affidavit, Khumalo said on July 25, 2017, Ncube issued summons seeking his eviction from house number 61482, Pelandaba Bulawayo and payment of $1 419, 58 for accrued water arrears with the Municipality of Bulawayo.

“This summon was served on me at house number 61482, Pelandaba on September 19, 2017. I entered an appearance to defend on September 29, 2017 and adopted the address of service as care of the Affirmative Action Group of Zimbabwe, being suite 300, Bambanani Centre, Kingdom Building,” Khumalo said.

He said Ncube claimed to have served him at his former residence on January 25, 2018 and when no plea was entered by him at the court, Ncube applied for a default judgment, which was granted.

Khumalo said he was never notified of any summons by the AAG, which was at the address of service that he gave in his appearance to defend.

“I was served with a writ of execution or ejection and notice of attachment against my property by the second defendant on December 24, 2018. I was never aware that an order had been granted against me. I was not in wilful default of the court’s rule to file a plea, because I was never served,” he said.

“It is for this reason that I have filed an application for rescission of judgment.”

He said Ncube’s summons were defective as she was aware that the transfer of the house to her name was challenged by his mother when she was still alive.

Khumalo said his mother had challenged the transfer of the house, claiming Ncube had obtained it under duress.

He prayed for an order for rescission of the judgment so that he be allowed to serve his plea on the case as well and that Ncube pays costs of the suit.

Ncube and the Additional Sheriff are yet to respond to the application.