Mnangagwa will not hatch chickens from fried eggs

NICOLÁS Maduro is a Venezuelan politician who has been the President of Venezuela since assuming office in 2013. Previously, he served under President Hugo Chávez as Foreign Affairs minister from 2006 to 2013 and as Vice-President from 2012 to 2013. 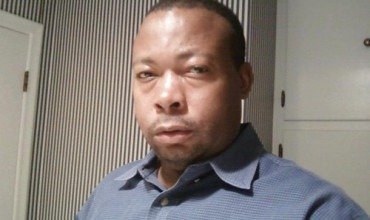 He was appointed to a number of positions within the Venezuelan government under Chávez, ultimately being made Foreign minister in 2006.

He was described during this time by the State controlled media as the “most capable administrator and politician of Chávez’s inner circle”.

After Chávez’s death, Maduro assumed the powers and responsibilities of President.

A “special election” was held to elect a new President, and Nicolas Maduro won as the candidate of the United Socialist Party of Venezuela.

The opposition refused to accept the results of the election, claiming there were irregularities.

Since being elected President, Maduro has ruled Venezuela by decree.

As a result of Chávez’s policies and Maduro’s continuation of them, Venezuela’s socioeconomic status declined, with crime, inflation, poverty and hunger increasing.

Shortages in Venezuela and decreased living standards resulted in protests beginning in 2014 that escalated into daily riots nationwide by 2016, with Maduro’s popularity suffering.

Maduro’s loss of popularity saw the election of an opposition-led National Assembly in 2015 and a movement toward recalling Maduro in 2016, though Maduro still maintains power through loyal political bodies such as the Supreme Court and electoral authority, as well as the military, police and secret service.

Maduro, like Chávez, has been accused of authoritarian leadership with conventional media describing him as a dictator, especially following the suspension of the recall movement that was directed against him.

Prior to his appointment to the vice-presidency, Maduro had already been chosen by Chávez in 2011 to succeed him if he were to die from cancer.

This choice was made due to Maduro’s loyalty to Chávez and because of his good relations with other hard-liners and the military.

Chávez said should his condition worsen and a new presidential election be called to replace him, Venezuelans should vote for Maduro to succeed him.

Independent officials predicted that following Chávez’s death, Maduro would have difficulties politically and that instability in the country would arise.

They were vindicated as Venezuela faced a severe socioeconomic crisis during his presidency as a result of Chávez’s policies and the incumbent’s perpetuation of them.

Due to the country’s high levels of inflation and chronic shortages of basic goods and medicines attributed to economic policies such as price controls and civil insurrection, none-stop protests become common place.

Protesters demanded the recalling of Maduro and holding of elections in the shortest possible time.

A desperate Maduro continues to resist his people’s demands for him to step down amid a crippling and still worsening economic crisis, with State organs completely dysfunctional.

Today, almost all Venezuelan government efforts are directed in running battles with protesters on the streets of Caracas, with teargas and water cannons being fired at citizens executing their constitutional right to demand a change of government.

Meanwhile, an angry Maduro vents all his abuse and anger at the United States government, blaming it for fomenting the unrest currently taking place in his country.

In Zimbabwe, we also have a striking parallel to this, almost identical. President Emmerson Mnangagwa managed to rig the July 30 2018 polls.

All his political life after independence, the crocodile had waited patiently, meticulously carving his way to ultimately succeed then President Robert Mugabe. Mugabe, sensing a possible takeover, jumped the gun to fire Mnangagwa from both government and party towards the end of 2018.

Citizens of Zimbabwe were on November 24 told by the army that it was intervening in Zanu PF party politics to restore legacy.

The army had long denied meddling in Zanu PF politics.

So the army here intervened in partisan party politics, openly showing their affiliation with Zanu PF.

Zimbabwe’s security forces have a history of intervening in polls through terrorising the electorate and torturing members of the opposition.

The army has participated in everything immoral for Zanu PF to remain and retain power.

During the coup, the army invited and allowed citizens to protest against Mugabe.

Without questioning the logic behind, many Zimbabweans irrationally joined hands with the army that had previously oppressed them.

Blindly protesting Zimbabweans had no plan as to what should be done as soon as Mugabe left office.

The army, though, had plans, but did not disclose them to the imprudent protesting Zimbabweans at that critical stage.

Zimbabweans had wanted for long to march and chase Mugabe from office.

The army had always stood in their way, promising to ruthlessly deal with such an action.

Mnangagwa and the heads of military knew that for sure and used it for their benefit.

So the army allowed people to march and showed Mugabe the pictures of the protesting masses.

They told the man that they would not stop from coming to the Blue Roof.

Ill-advised Zimbabweans rejoiced and in the background to all this, the legendary song, Kutonga Kwaro Gamba was playing.

Zimbabweans would soon awake to learn that they had been manipulated and exploited when Zanu PF soon convened a haste and predetermined congress to endorse Mnangagwa as President, excluding all other parties and civic organisations that had taken party in the protest.

Zimbabweans were further shocked, outraged or even traumatised when the leaders of the coup were soon appointed as ministers, and openly and shamelessly declaring their long-perceived loyalty to Zanu PF that they had earlier concealed.

This is Africa and everything goes.

When it comes to hope, any hope, Zimbabweans are talented.

Sometime ago, they hoped pure diesel would just ooze from a stone.

I was surprised when others hoped Mnangagwa would work to improve the economy for the better of everyone.

As usual, the State media was quick to echo praises.

Our ears got filled and overflowed though nothing was happening on the ground.

“He is a shrewd businessman,” it was said.

“He is going to turnaround the economy. This is entirely a new dispensation, the Mugabe era is gone. Forget the past,” Zimbabweans were told.

But sensible people were looking for real change.

But there was none.

State media got even more entrenched in the hands of Zanu PF.

The economy didn’t get better.

State media began urging the nation to give Mnangagwa a chance.

But more companies were closing down in an unabating socio-economic and political environment.

By the time of the 2018 elections, having clearly seen how incompetent the man was, people only wanted change.

Cunning is an understatement if we have to describe how the entire election process was handled by the same government.

The nation was actually waylaid and ruthlessly robbed and blatantly raped.

The recourse process removed any doubt that the Zanu PF government controlled and handles even the apex of the Judiciary.

Disgruntled citizens who tried to protest the unfairness of the poll process were shot at in broad daylight by the ruling military government’s army.

The military government tried in vain to label the protesters as MDC opposition members.

During the run-down to the elections, the State media was happy to say Zimbabwe had many opposition parties.

But soon after the violence triggered by the elections, they tried to associate the protesters with a single political party.

The mandate which Mnangagwa and the current Zanu PF government has, was extorted from the people.

Mnangagwa will continue to force himself on the Zimbabwean people.

The standard of life of the people has significantly reduced.

He realises this, but he wants to attribute the cause to some distant nations.

When even Econet boss Strive Masiyiwa urged the removal of sanctions, he torched a storm.

Many Zimbabweans previously held Masiyiwa with deep respect and admiration, and I have never seen anyone’s respect wane in the shortest possible time.

The Econet boss just didn’t talk about corruption so rampant in Zimbabwe.

Many Zimbabweans think the major cause of our economic turmoil is corruption and malgovernance.

We have adequate resources to power our economy, but what we don’t have is the political will to improve the economy.

There is also no reason to extend credit to Zimbabwe if Zimbabwe is not going to use that money to improve the life of the ordinary Zimbabwean.

Loans given to Zimbabwe will be better accounted for if the politics was transparent.

In the end, it is the oppressed Zimbabwean who will repay the loans through taxation.

How can one be forced to payback something consumed by the wicked politicians themselves.

They are afraid they might not recover even a cent.

The current Zimbabwe government is a mercenary one.

Every sector of Zimbabwe is in dire straits.

Hospitals have no personnel and drugs, civil servants are seriously underpaid and threatening to strike, there is no cash in the banks, prices are increasing frequently, there is fuel shortages and long queues. Unemployment is still high, with many companies scaling down or shutting down entirely.

There is nothing right in Zimbabwe, but I don’t see someone resigning.

More disturbing is that though Mnangagwa has completely failed to turn around the economy, when the crisis is actually still worsening, there are some who are already endorsing him to run for 2023.

Despite the evident economic rundown, Mnangagwa is still in denial that the bad economic condition prevailing has been precipitated by his government’s unsound policies.

It seems Mnangagwa will remain in denial mode until people begin holding day-to-day protests, demanding that he step down too, having been squeezed beyond limit.

Unemployment will remain and cannot be wished away Cde Mnangagwa.

Genuine efforts have to be there to create employment and to right things.

If you decide to serve the people, then work hard to improve their living conditions otherwise instability and unrest would prevail and you won’t be able to contain the turmoil.

Lying won’t change their situation; it will only expose the monster within you. Mnangagwa cannot hatch chickens from fried eggs.

As I write, Venezuelans are walking on foot en-masse to neighbouring countries to find employment, food and other basic stuffs.

The Venezuelan government continues to cling to power amidst a horrific and unimaginable economic crisis.

With its power anchored in the military, removing the government from power through elections has proved impossible.

Zimbabweans’ demand an end the despotic government is still due.

We Zimbabweans have endured much at the hands of the unsympathetic Zanu PF.

Zimbabweans will find themselves walking to neighbouring countries to find work and food if the current instability is ignored.

Yes, it will soon come to that.

Rather, let us march to State House and give the ruling criminals their marching orders and then begin cleansing of the system.

Zimbabweans can’t look up to anyone to bring change to them, not even to Sadc, European Union nor US.

The cruel rule of the game says, “only citizens of the country can bring regime change to their country”.