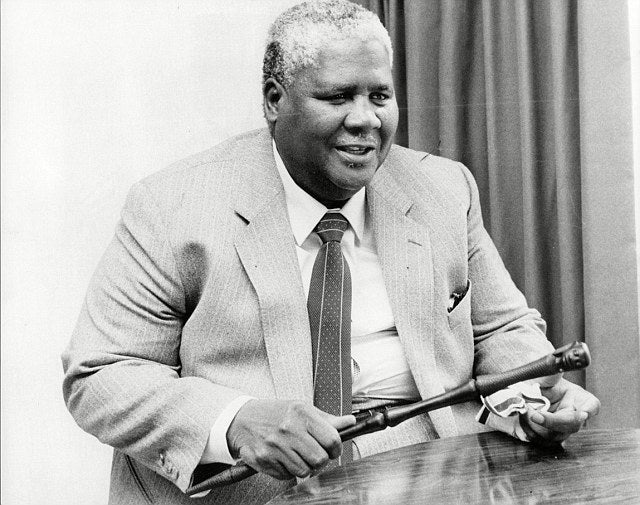 GUKURAHUNDI could have been avoided if the late vice-president Joshua Nkomo had accepted the post of ceremonial president at independence, former War Veterans minister Tshinga Dube has said.

Instead, the veteran nationalist opted for a ministerial post, only to be fired two years later by then prime minister Robert Mugabe on charges of plotting to overthrow his government.

Mugabe claimed arms meant to overthrow his government had been uncovered on farms owned by Zapu and its military wing, Zipra — a development that marked the beginning of Gukurahundi.

Dube, in his book Quiet Flows The Zambezi published by Pathisa Nyathi’s Amagugu Publishers set to be officially launched this week, argues it was political miscalculation on the part of Nkomo to turn down the ceremonial presidential post.

“He (Mugabe) perceived Nkomo to be a threat to his rule. In line with that perception, Mugabe proposed that Nkomo assume a post of ceremonial president,” Dube wrote.

“He knew very well that the Lancaster House constitution was entrenched for only a period of 10 years, after which amendments could be made.

“Nkomo knew what it meant for him to be ceremonial president and thus turned down the offer opting for the ministerial post of Home Affairs.

“Nkomo was afraid the ceremonial post was going to undermine his dignity and he was going to be thrown away when the time came.

“Things would not have gone that bad if he appreciated what a man Mugabe was — one who would not countenance opposition. Signing the Unity Accord on 22 December, 1987 was too late…”

As a result, over 20 000 people are said to have been killed in Matabeleland and Midlands in the internationally condemned crackdown that Mugabe defended as necessary to fight dissidents bent on toppling his government.

Mugabe never apologised for the mass killings, only describing them as a “moment of madness”.

Dube wrote that Mugabe had an over-inflated ego, believing that no one but him could rule Zimbabwe, a belief he argues triggered his ouster.