Let’s be the change we want: Mahere 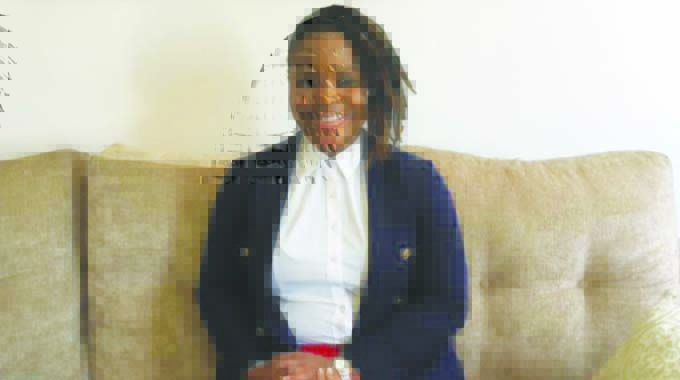 Prominent lawyer, Fadzai Mahere grabbed the bull by its horns after she was frustrated by the turns and twists of how politics was not serving the people. Unlike many who sulk and lick their wounds in solitude, she resolved to contest for Parliament as an independent candidate.

‘I decided instead of complaining let me be a good example of what good politics should look like, using my expertise on legal issues and community development I thought I can help address some of the challenges facing us,” Mahere said.

Besides, Mahere believes she has the desire to serve and having a competent team to support her encouraged her to stand as a Member of Parliament in next month’s election.

‘‘I felt it was about time politics was brought back to the people, hence my drive to come into the politics,” Mahere added.

Despite a barrage of criticism that was hauled at her, Mahere (32) was resolute, with her eyes fixed on the Mount Pleasant parliamentary constituency. Her love for the constituency could not be doused; Mount Pleasant is not only the place of her upbringing, but where she did her primary up to tertiary education. She understands the constituency well as she has lived there ever since she was a little girl.

Mahere is an advocate, a part-time administrative and property law lecturer at the University of Zimbabwe, the same University which is situated at the heart of the leafy Mount Pleasant suburb, where she studied for the Bachelor of Laws degree.

She holds a Master’s degree in International Law from University of Cambridge. Speaking in an interview in Harare last week, Mahere said her journey since she announced her intention to contest this year’s elections has not been without its fair share of challenges.

“When we started apathy was our biggest challenge, as a lot of people had lost faith in the political system and didn’t trust politicians coming out with their promises, so it was not easy to build that trust,” Mahere said

Mahere believes she will make it through next month’s elections as signs are already pointing to her victory.

“The support I have received from volunteers both in my constituency and outside has been awesome,” adding that women have been instrumental and helpful in driving the campaign.

“I have received wise counsel from women from the church, civic society, particularly on mobilisation strategies and how to navigate gender-based attacks.”

Mahere explained that she endeavours to build something new in the country, which is bring in new ideas, clean, transparent politics.

“I want to show by action what the role of an effective MP is and be the most effective MP my constituency has ever had, a good role model to young or female politicians.”

She encouraged young women to come out, step out and ensure the political environment is made conducive to the women participations.

“We have a nation to build, Zimbabwe has come of age, it’s time to start doing politics properly and never too late for us to start. Let’s be the change that we want to see to continue to inspire hope and change”.

Aspiring parliamentary candidate, Mahere, believes it is about time politics was conducted in its correct social nature by detoxifying the current political system which is clogged by partisanship.

‘‘Let us inspire people to be the change they want to be,” she concluded.