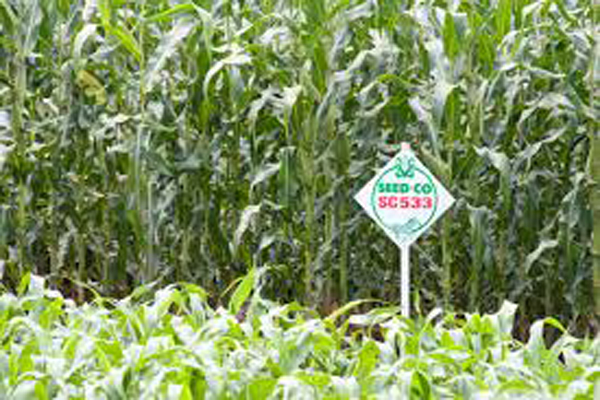 RESEARCHERS at advisory firm Imara dug deep into the hyped Seed Co empire merger before the transaction sailed through early this month and their verdict could stun a market that had long accepted the transaction as foregone conclusion.

Over three quarters of the Harare headquartered Seed Co shareholders accepted an offer to be swallowed up by its Botswana Stock Exchange-listed offspring, Seed Co International Limited (SCIL) without raising a single red flag, and the transaction has entered its final phase.

After the tie up, the local operation is set to terminate its 25-year presence on the Zimbabwe Stock Exchange (ZSE).

The combined assets will then switch to the foreign currency denominated Victoria Falls Stock Exchange (VFEX), where SCIL became the first to list when it opened in October.

Perhaps Imara’s counsel had only been confined to a few investors who make up its clientele.

But the advisory firm had advised, just before 78% of SCL shareholders accepted the offer that they were about to give away a gem — and they may regret it.

In the two-page paper obtained by NewsDay Business at the weekend, Imara had indicated that it might not be as rosy as it looked after directors in both firms rallied them to support the tie up in a series of public notices.

At the time, Imara faced a flood of questions from clients requesting to know which direction to take.

“We do not support that proposal as it would result in Seed Co Zimbabwe delisting from the ZSE,” Imara said.

“For domestic investors based in Zimbabwe it will, therefore, not be possible to invest ZWL (Zimbabwe dollar) savings into the Seed Co group again; SCIL shares can only be bought in Botswana for pula or on the VFEX for US dollars. Under current exchange control regulations it will be onerous if not impossible for Zimbabwe pension funds and private individuals with no access to foreign exchange to do so.

“In our view this is a great shame. For existing domestic shareholders in Seed Co Zim, they would still have ownership of Seed Co Zim via SCIZ but they would most likely never be able to acquire more shares in the group again,” the report read.

The report said under the circumstances, their best bet would be to make sure the Zimbabwean operation maintained a presence on the Zimbabwe dollar-denominated ZSE.

It warned that consequently, African investors would possibly surrender the bellwether stock and give away a rich agro-technology empire.

“It makes perfect sense for Limagrain, the major shareholder however,” Imara said.

“They have access to international capital and have no exchange control issues.

“Should Seed Co Zimbabwe be delisted and wholly acquired by SCIL, we would not be surprised to see Limagrain buying out the minorities of SCIL in the future, thereby denying African investors with the opportunity to own such a successful company.

“It makes even more sense when we consider the value of the two listed companies. Seed Co Zimbabwe at the auction rate of say ZW$83 to US$1 is valued at a US$100 million and SCIL at US$70 million, which makes the share swap unattractive from a valuation perspective.

“Only a few years ago, the Seed Co group was valued at US$500 million. So Limagrain can snap up Seed Co Ltd for very little outlay compared to its true worth. When you consider that the intellectual property of the group is controlled by Seed Co Zimbabwe this becomes even more important as SCIL is more of a distribution company for the seed developed by Seed Co Zim within Africa,” the paper noted.

For now, the transaction has received overwhelming support, but for the remaining 22% shareholders who clung on to their interests, a longer dance with the agro-empire may not be guaranteed.

Do they have a chance to block a delisting and pull through a shocker?

It may be tricky.