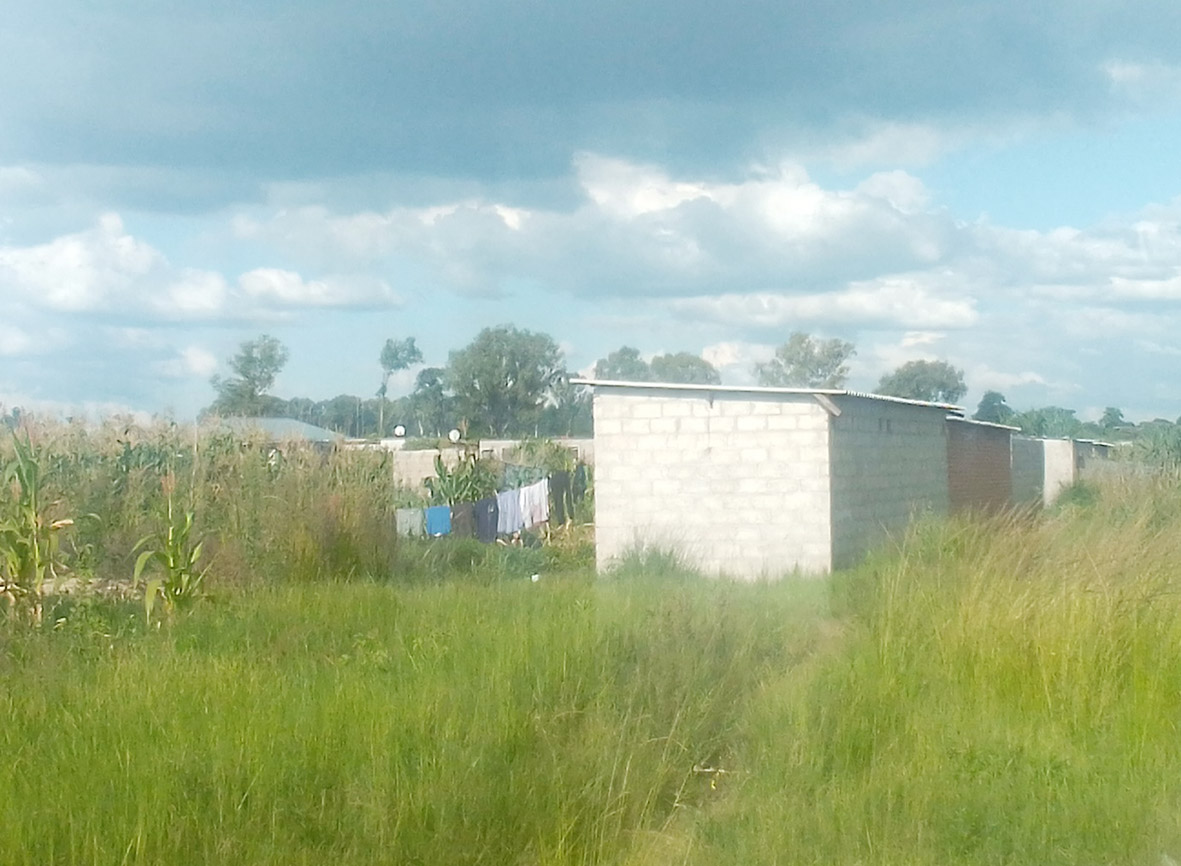 The wilting crop and the long grass in the intense heat are not the only major concerns for urban farmer Peter Matunya (36) around his homestead, in a once promising three-acre maize field, but also the fear of losing his field to the rapidly growing urban housing projects.

BY TONDERAYI MATONHO
The wilting crop and the long grass in the intense heat are not the only major concerns for urban farmer Peter Matunya (36) around his homestead, in a once promising three-acre maize field, but also the fear of losing his field to the rapidly growing urban housing projects.

Matunya’s maize field lies on the fringes of Caledonia or East View, an emerging urban settlement to the east of the capital, Harare.

Just a month ago, he was boasting to his urban farmer colleagues that “we have another bumper harvest this year”.

However, the sudden change in weather conditions has created low levels of adaptive capacity — the need to subdue the shock and quickly find alternatives and adjust to the changes.

Environment and urban planning experts admit that wilting crops at a time of a seemingly prospective good bumper crop harvest and the disappearing of these fields due to fast-growing urban housing projects are key indicators of rapid urbanisation and climate change.

“Rapid urbanisation combined with impacts of climate change is increasing human vulnerability in many urban areas,” says Freddy Gwaimani, a disaster risk reduction and management expert in an interview recently.

He added that there were also special features of urban areas related to climate change, including the vulnerability caused by growing urban populations and high population density.

Gwaimani further noted that despite these factors, urban farming had significantly contributed economically to most households in urban communities over the decades but with costs to the environment and increased pressure on urban resources.

“Most of the farming and housing on sites such as wetlands or floodplains is of poor quality, built on land that is occupied illegally and that lacks the necessary infrastructure to protect inhabitants from flooding and landslides,” he said.

Gwaimani pointed out that climate change was adding pace and complexity to most urban areas’ future, while urban poverty continues to be sidelined in national policy efforts concerning action on climate change, notably in adaptation plans and response strategy documents.

Another disaster risk reduction and management expert, Luke, said: “Governments tend to envisage climate as a problem of rural poverty and food security and fail to consider the life- or health-threatening risks to which most urban populations are exposed.”

While images and pictures of a rural Zimbabwe are based upon objective information — 70% of Zimbabwe’s total population in 2018 lived in rural areas, experts assert that this ideology overlooks the need for urban-specific policies and programmes with which to meet the complex vulnerabilities facing the growing number of urban poor.

Said Chinanzvavana: “This has implications both for the urban poor and development and poverty reduction, per se, at the national level.

“Despite their vulnerability, urban areas will drive the improvement, stagnation or deterioration of national outcomes in poverty reduction programmes.”

Globally, reducing urban vulnerability to climate change has become an urgent issue in recent years, and is at the forefront of any sustainable development policy agenda.

Rapid urbanisation is perceived as increasing the vulnerability of urban centres to climate change impacts in the context of urban poverty and inequality.

It has, for instance, increased the concentration of people in steep slopes vulnerable to landslides and in unserviced emerging settlements with little protective infrastructure.

Poor urban population is at greatest risk from the increased intensity and/or frequency of storms, flooding, landslides, heatwaves and constraints on fresh water that climate change is already bringing or will in the future.

“Climate change can create or exacerbate risks for urban areas, and adaptation to climate change needs to address the risks faced by low-income groups in general and the poorest groups in particular,” said Ruben Akili, senior advocacy officer with the Combined Harare Residents Association.

“Although the risks of urban flooding and waterlogging have been widely recognised and documented in Zimbabwe, cities and local governments all over the country face many barriers to taking the necessary actions towards long-term pro-poor adaptation”, he said.

Harare’s ward 46 councillor Stuart Wutaunashe pointed out that poor urban communities, including urban farmers, for the most part, are ill-prepared to cope with shocks and to adapt to climate change.

“In Greater Harare, for example, there has been limited assessment of likely local climate change impacts, and there is little information available to either the government institutions with responsibility for adaptation or to poor communities in the city,” he said.

In addition, he noted that local government agencies and development partners should develop particular initiatives for improving water supply mechanisms to augment the erratic rainfall, which may, to a greater extent, improve the environment and the wilting crops now being witnessed in most fields around urban farming.

Yet experts still argue that no adequate consideration is given to climate change adaptation for integrating measures to build resilience into urban settlements and governance.