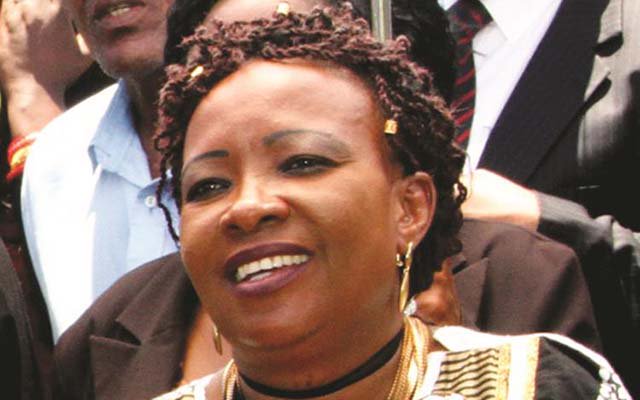 Elita Chikwati Senior Reporter
First Lady and Zanu-PF deputy secretary for Environment and Tourism Cde Auxillia Mnangagwa has called for national preservation of wetlands and discouraged people from cultivating and settling on wetlands because of their economic benefit to the ecosystem and the nation.

Cde Mnangagwa planted a tree on a wetland between the National Sports Stadium and Long Cheng Plaza at a ceremony that was attended by Minister of State for Harare Provincial Affairs Miriam Chikukwa, Cabinet Ministers; Minister of Water, Environment and Climate Oppah Muchinguri-Kashiri, Senior Zanu-PF officials and environmental organisations.

She handed over tree seedlings that will be used in the restoration and management project on the wetland. The wetland will be leased to an environmentalist, Mr Never Kasasa. Officiating at the function yesterday, the First Lady described wetlands as a source of livelihood in the form of food and water provision at local level. She said wetlands were an important resource, with the 1997 global value of the resource pegged at $15 trillion.

“In Zimbabwe, wetlands provide a wide range of critical goods and services. They regulate water regimes through flood regulation, absorbing water in the wet periods and releasing it in dry periods which is why they always have water available, water purification and fire and erosion control.

“New York City avoided spending $3,8 billion on new waste water treatment plants by investing $1,5 billion in the purchase of wetlands. Wetlands purify water for free and as a nation we need to move towards harnessing our wetlands especially in urban areas for this undeniably useful cause,” she said. She raised concern over the construction of houses and industries on wetlands which she said was rampant in Harare and Chitungwiza.

“Most of the wetlands in Harare and Chitungwiza have been degraded due to infrastructural development and cultivation. This poses a danger to communities because of compromising quality and quantity of available water.

“In instances of above normal to normal rainfall as expected from January to March 2018, flash flooding will inevitably occur because the wetlands will not be in a position to absorb excess water as it normally does when not tampered with,” she said. She praised Mr Kasasa for coming up with an idea of reviving wetlands and urged Government departments to support the project.

Minister Muchinguri-Kashiri expressed gratitude to the First Lady for coming up with the project of reviving wetlands saying this would ensure the nation has access to clear water.

“We thank the First Lady for coming up with this initiative and identifying this wetland for tree planting as its functional importance in the ecosystem through maintaining a balance of water drainage for Harare. This is key to ensuring we have adequate clean water in Harare. Our citizens need to be continuously sensitised on the need to preserve wetlands by not settling on them, and not distributing them,” she said.

She expressed concern at the increase of levels of pollution especially due to emissions from second hand vehicles. She said there was need for a policy on pollution which promotes planting of trees.

“We want people to plant both indigenous and exotic fruit trees. We should not import fruits but produce for ourselves and create employment,” she said.