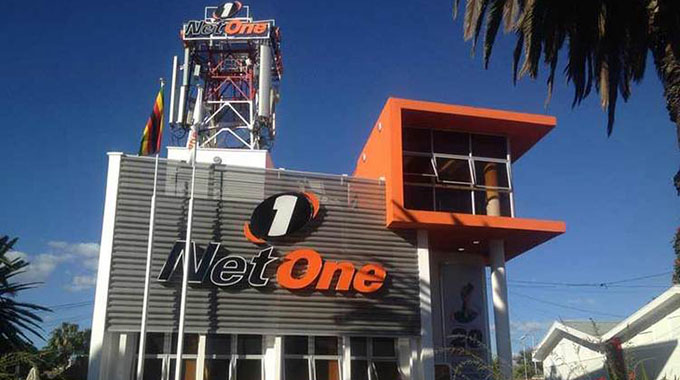 Africa Moyo Business Reporter
A number of foreign firms are understood to be courting State-owned mobile phone operator, NetOne Cellular, with a view to injecting capital to revive the stuttering business. The expressions of interest follow the announcement on April 10 this year by Government that some parastatals should be “partially privatised”, liquidated while others would be merged as part of efforts to turn them around.

NetOne was placed on the list of State-owned entities targeted for “partial privatisation”.
The company, which recorded an overall loss of $57,8 million last year mainly due to legacy issues, says it has been approached by numerous companies seeking to inject capital into the business.

Although exact details could not be obtained by the time of going to print, reports have suggested that up to four international telecommunications firms, including a South African and Lebanese firms, are interested in investing in NetOne.

The country’s third biggest mobile phone player by subscribers, confirmed in its integrated report for the year to December 31, 2017 presented to the company’s annual general meeting held on June 22 this year; that foreign companies are keen to invest in its operations.

Reads the integrated report in part: “While the Government is yet to finalise the implementation guidelines for the partial privatisation, a number of foreign entities have already expressed interest in investing in the company.

As at December last year, NetOne’s current liabilities exceeded its current assets by $217,1 million compared to $224,6 million in the year earlier.

Once the “partial privatisation” guidelines are concluded and NetOne gets an investor, this would go a long way in allaying fears of collapse.

The auditors of the firm concede that for NetOne’s going concern status is to be guaranteed, then it must institute far-reaching reforms such as re-orienting its pricing policy from a low value market to a mid-tier firm, and continue implementing cost cutting measures.

Reads the integrated report in part: “The ability of the company to continue operating as a going concern is dependent on its return to profitable operations and being able to significantly narrow the liquidity gap.”

Some of the initiatives to make NetOne profitable proposed in the integrated report include the appointment of a new substantive CEO.

The company had appointed Mr Lazarus Muchenje, which is touted as a “proven turnaround strategist” with a “wealth of experience in the industry”, as the substantive CEO in April.

However, Mr Muchenje is already on the ropes following his suspension early August on a myriad of challenges including gross misconduct relating to the manner in which he sacked nine managers despite the subsistence of their contracts.
The matter is now in the courts.

Cost containment, engaging Government and some of its departments in order to provide additional services and recovering funds owed for services rendered, are some of the initiatives expected to turnaround NetOne.

Some of the turnaround initiatives are already bearing fruit as evidenced by an unaudited earnings before interest, taxes, depreciation and amortisation (Ebidta) of $8,4 million posted by the company in the four months to April 30, 2018 compared to $5 million in the same period last year.

NetOne is also in talks with some of its lenders and creditors over legacy debts.