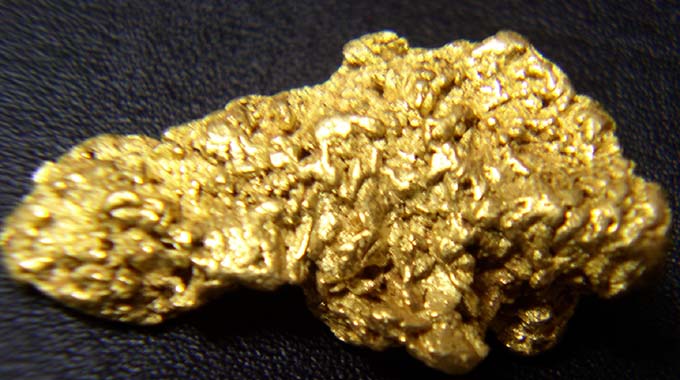 Mangwe villagers have known no peace since scores of marauding illegal gold panners descended in their area in search of the precious mineral.

Running battles between the artisanal miners and locals in the desperate fight for gold claims in the area have also become commonplace, The Citizen Bulletin has gathered.

“We have known no peace because of this gold rush; they are always fighting over gold claims and this is not going down well with the locals,” Chief Sangulube said.

In what has become typical modus operandi, a sudden disorderly rush of gold panners descended in Mangwe, leaving several unclaimed pits as they ‘disembowel’ the earth in search of the yellow metal.

Under the country’s mining laws, anyone exploiting a mining site is mandated to close and restore it before departing.

In practice, however, the situation is different in Mangwe.

Artisanal miners, after digging up gold from pits several metres deep, are simply moving on to the next project as they also encroach on villagers’ communal and grazing lands.

“Some of these miners claim to have been legally licensed to prospect for gold in our communal lands and we wonder how this happens.”

Gold rushes around the country are, however, not a rare phenomenon.

For Mangwe, there is little to show for the presence of gold in wards 6 and 15 and the associated gold rush when it comes to the delivery of essential social services such as health and education.

Chief Sangulube accused the Mines and Mining ministry of licensing gold prospecting in communal areas without the involvement of traditional leaders, resulting in clashes between villagers and the miners.

Recently, the Mines ministry also came under the spotlight after reportedly licensing a mining syndicate to prospect for gold within Matobo Hills World Heritage Site in Matobo District, attracting anger from villagers.

Last month, Matabeleland South Chief Jahana had to write a letter to President Emmerson Mnangagwa protesting the licensing of mining operations within their areas of jurisdiction without their involvement.

Chief Jahana expressed displeasure over the issuance of an Exclusive Prospecting Order (EPO) to mining giant Premier African Minerals to commence the exploration process on lithium in his Fort Rixon area of jurisdiction without his knowledge.

The government announced that lithium mining in Insiza, a gold-rich area, by Premier African Minerals is expected to rake in over US$1.4billion in eight years as global demand for the mineral sours.

While the government is excited over the potential revenue from lithium mining, the same excitement was not shared by Chief Jahana.

“We want to make it very clear that we, as chiefs including our subjects, were not consulted direct or indirectly because your ministry of Mines did not bother to consult us which is a strong sign of failure to the foundation of the new dispensation mantra-servant leadership,” the traditional leader said in a letter dated May 14.

To address the land disputes resulting from mining operations in Mangwe and other areas, the Mines Act must be amended, Chief Sangulube argued.

“That is what we are looking at; we were promised that the Minerals Act will be amended, to include chiefs. Right now the Minerals Act talks of communal land, of which constitutionally, communal land is under the jurisdiction of chiefs, so we need miners to come to the chiefs and then we recommend to the ministry of Mines and not vice-versa,” Chief Sangulube said.

However, Matabeleland South mining director Khumbulani Mlangeni argued that the ministry was not to blame.

“We don’t approach miners, but miners approach us by applying to prospect for gold at open spaces and we must licence them if there are no reservations raised by various stakeholders, including the community,” Mlangeni said.

He   urged communities to lodge objections if they had issues with any mining operations.

However, Chief Sangulube  was not amused by the mining operations in his area.

“Resettlement areas must remain just that; mining operations we are witnessing here are violating the rights of the community,” he said.