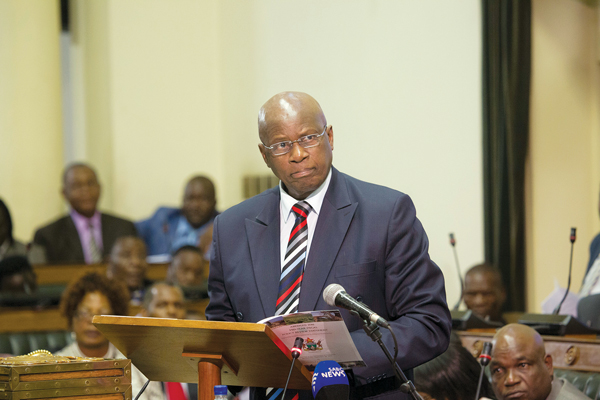 ZIMBABWE’S domestic credit grew 38,5% on an annual basis to US$10,5 billion in February largely driven by an increase in lending to government, a Treasury report says.

During the period under review, credit to government was up 59% from US$3,9 billion last year to US$6,2 billion, an unsustainable development which shows government’s high reliance on domestic sources to finance the country’s ever-widening deficit in the face of limited external lines of credit.

“While revenue collections for the first quarter of 2018 were above targets, expenditures incurred overruns in both the recurrent and capital outlays,” reads the report.

“Financing of such expenditures was entirely from domestic market borrowing, a situation which perpetuates the private sector crowding out effect and also promotes financial instability.”

A total of US$47,2 million was spent entirely on interest related to domestic debt.

Local banks have shown a liking for government-backed debt instruments in favour of lending to the private sector viewed as high risk.

While government might have so far managed to pay up on maturity, chances of default and rollovers are growing as its stock of obligations continues to grow.
Analysts say government could however resort to creating Real-Time Gross Settlement balances to meet its interest obligations.

Budget expenditures in the period under review amounted to US$1,38 billion against the planned US$1,11 billion, resulting in expenditure overruns of US$273,2 million.

Compared to last year, the expenditure overrun was higher than the US$105,6 million recorded during the same period in 2017. Employment costs during the quarter amounted to US$836,1 million, against a target of US$819,6 million while operations and maintenance costs at US$218,7 million exceeded the quarterly target by US$97,5 million but still lower than the previous quarter expenditures of US$418,7 million.

“The significant over-expenditure on operations and maintenance is mainly due to payment of arrears to service providers on rental and other service charges,” the report adds.

Cumulative capital expenditures and net lending amounted to US$283,0 million, against a target of US$125,2 million, resulting in over-expenditure of US$157,9 million.

The overrun in capital expenditure was mainly due to payments towards capital transfers at US$222,8 million against the US$42,3 million quarterly target, as well as transfers towards the purchase of inputs under the Command Agriculture programme.

Net lending at US$52,6 million consisted of equity participation and short-term lending.