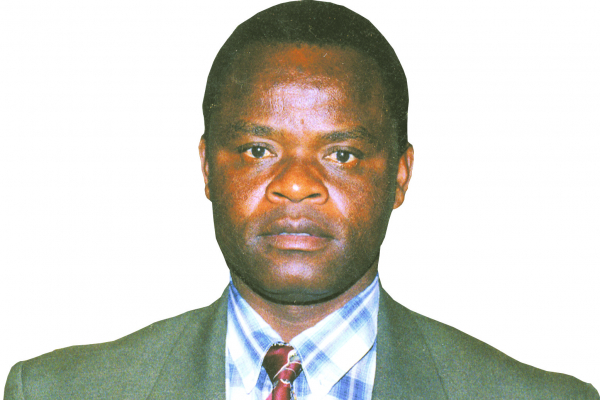 KWEKWE Central National Assembly aspirant Blessing Chebundo (MDC Alliance) boasts of having trounced Zanu PF presidential candidate Emmerson Mnangagwa twice in the 2000 and 2005 parliamentary elections. Chebundo, who is now campaigning to win back the seat, says it is possible to remove Mnangagwa from office Kwekwe-style in the forthcoming elections.

Chebundo will contest against National Patriotic Front candidate Masango Matambanadzo, Zanu PF candidate Kandros Mugabe, Josias Maupa (independent) and others for the Kwekwe Central National Assembly seat. The following are excerpts of an interview between Chebundo (BC) and NewsDay (ND) senior parliamentary reporter Veneranda Langa about his campaign.

ND: Why do you think that Mnangagwa will lose the elections to MDC Alliance presidential candidate Nelson Chamisa?

ND: But, Zanu PF is saying they have renewed leadership and a presidential election is different from a parliamentary election, can you explain why you think Mnangagwa can lose again?

BC: I am simply telling Zimbabweans that Mnangagwa has been part and parcel of the old order since 1980, and after 38 years of him being in government, it is high time that we should put someone young who can bring hope for Zimbabweans.

Mnangagwa was rejected in 2000 and 2005, and now we have him again contesting the presidential elections on July 30.

He came through a soft coup, but now what is needed is not the old guard. We want to restructure Zimbabweans with new ideas and we cannot continue to give him a new lease of life after enjoying being in government for 38 years.

Mnangagwa has weak points that will cause people to refrain from voting for him.

ND: What are those weak points?

ND: So, what is it that you want to do for the people in Kwekwe Central if you win the seat?

BC: First of all, Kwekwe needs to be ridden of scandals like corruption and political influence pertaining to extraction of natural resources. It needs to be ridden of instability where there are alleged murders that have taken place because of gold claims. Kwekwe is also a hub which can be important in economic activity, and I want to push for the reopening of industries that used to make Kwekwe tick like the steel, fertiliser, chrome and agro-based companies. Kwekwe is also in the Great Dyke and has a lot of potential. It is central in the country and needs development. As MP for the area, I will push for clear investment policies at local and national levels. This needs an MP who belongs to a party that has clear economic policies like the MDC Alliance.

ND: Are you not scared of Matambanadzo who seems to be also popular in Kwekwe?

BC: I have beaten Mnangagwa in an election and so I cannot be scared of Matambanadzo. He was Zanu PF, and what is it that he offered to the people?

ND: What were your achievements during your previous stints as MP?

BC: I ensured that MPs became role models in the fight against HIV as chairperson of the Zimbabwe Parliamentarians Network on HIV and Aids, of which I am still its executive director. I am also part of the African Network of Parliamentarians up to 2019. I also advocated for issues of transparency and accountability in the use of the Aids levy.