Govt must deliver on its promises 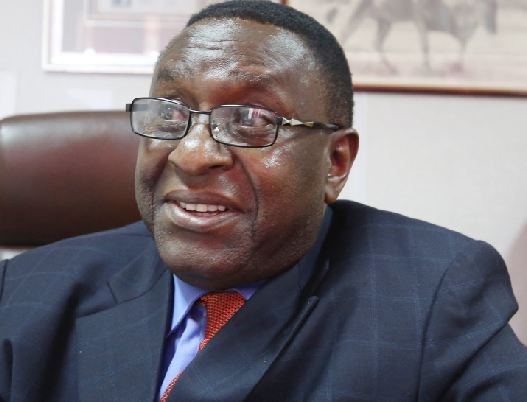 Source: Govt must deliver on its promises – The Zimbabwe Independent October 5, 2018

THE Employers’ Confederation of Zimbabwe (Emcoz) last week held its annual congress in Victoria Falls. Matthew Chimbghandha (pictured) was re-elected as the Emcoz president. Zimbabwe Independent business reporter Kudzai Kuwaza (KK) caught up with Chimbghandha (MC) for a no-holds-barred interview to discuss a number of issues which include the recently-appointed cabinet, the furore over currency reforms and public expectations for government. Below are excerpts:

KK: You are entering the final year as Emcoz president. How has been your term of office so far?

MC: The road is rocky. It has been a reflection of the economy. The hardships that the economy is facing reverberated on the journey so far. We want to see what the Second Republic is offering. They are all still promises.

However, there are indications that the new leader (President Emmerson Mnangagwa) has got different mettle from the previous leader (Robert Mugabe) as he has opened up space for dialogue. We are yet to meet him after making many attempts to do so. I am sure in his busy schedule he will find time to meet business and map the way forward.

KK: President Mnangagwa has set a target of making the country a middle-income economy by 2030. In your view is this achievable?

MC: The year 2030 is only 12 years away. Our infrastructure is in the doldrums. Basic necessities and social services are yet to be restored in full. As a target and a goal to work towards, it’s fine. However, it needs a different mindset altogether.

The government has got to have a completely different mindset. We cannot talk of 2030 without a forum where we engage each other as government, labour and business and agree on the way forward. This can be done through the Tripartite Negotiating Forum. This is why we need a social contract if we are going to make progress.

No country has ever come out of the woods without a social contract. Without serious dialogue and agreement among the major partners, it is next to impossible to achieve a middle-income economy by 2030.

KK: This brings me to my next question. In our interview last year we discussed the process of passing the Tripartite Negotiating Forum Bill into law. One year later, it is still to be passed into law. Does this frustrate you as business?

MC: If the leaders of the economy, which is government, are serious about moving forward, this laid back approach has to stop forthwith. We are now dealing with a new parliament.

The Bill has to go through the motions again because the sponsors are different. It is frustrating. You look at the Kadoma Declaration which was formulated decades ago, but we have not moved an inch. Government has to show seriousness to pull the country out of the economic morass.

We are decades behind our counterparts in the region, in terms of development and yet we claim to be educated. It is a mockery.

KK: What do you make of the recently appointed cabinet?

MC: It is a wait-and-see. We cannot ululate. Nobody has performed yet. We can only comment when they start performing. Commenting on the qualifications of those who have been appointed does not mean anything.

Even the First Republic had people who were highly educated, but they derailed the entire economy to where it is now. They have got to be tried and tested. I hope President Mnangagwa appointed people on merit and he has got to uproot corrupt officials and administrators. He has to deal with them ruthlessly if we are to reach a middle income status by 2030. This will not be achieved by playing hide-and-seek. No.

KK: Finance minister Mthuli Ncube has spoken of introducing a fiscal shock to resuscitate the economy, but he has also spoken of operating under a political collar. What do you make of these remarks from the head of Treasury?

MC: It concerns us. Already, he is now saying he has a political collar and that he has political considerations ahead of economic considerations. To me when somebody says such, it means that he might not achieve what he set out to do.

Let me go back to my initial remarks that if the new dispensation is serious, they have to look at themselves in the mirror and deal with the reality on the ground no matter how messy or smelly it is. We are in an economic mess created by political considerations. Are we saying that we are going backwards?

KK: How important is the scrapping of bond notes as part of measures to right-size the economy?

MC: You cannot remove bond notes without any replacement. You have got to look at the fundamentals. Remember, when the central bank governor (John Mangudya) introduced the bond notes, we said it was the wrong move. Where are we now? There is a certain elite that is benefitting from the suffering of the masses. There are certain cliques who are benefitting immensely and they do not care about the suffering of ordinary Zimbabweans.

KK: When it comes to currency reforms what, in your view, should be done in the short-term?

MC: The measures for currency reforms have been outlined by the business sector from various business associations, but they have not been taken on board. Papers have been written and presentations have been done on currency reforms. All we want to see now is action. We cannot talk about it ad infinitum.

KK: The Finance minister will soon present the 2019 national budget. What are your expectations?

MC: I expect a budget that reflects the promises the president made to the people.

KK: You have promised to speak truth to power during your term of office. Now in your second and final year of office. How have been your interactions with government?

MC: We came into office in September last year and in November there was a change of government. At the time they were in a transitional arrangement. Now they have been given a mandate for the coming five years. Now let us see how we interact with them during that period.

This is our country, we have no other country we can call our own. We are looking forward to assisting them to resuscitate the economy.

KK: You have a new minister of Labour, Sekai Nzenza. What do you expect from her as the business sector?

MC: We have been impressed by the speech of the minister at this congress which was read on her behalf by the permanent secretary, Judith Kateera. The Emcoz executive is eager and cannot wait to meet her and her team.