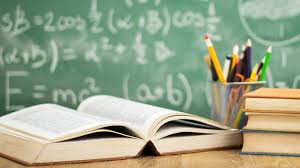 AT independence in 1980 leading into the 1990s, the Zimbabwe government was lauded for making education compulsory for every child. The late former President Robert Mugabe, as Prime Minister, declared education a basic human right and introduced an education for all programme.

The government also made primary education mandatory and, for most part, made it free too. This was very effective in educating Zimbabweans and raising the literacy rate to the highest in the region.

But Zimbabwe’s protracted economic crisis of nearly two decades is threatening the future of thousands of schoolchildren who could fail to attend classes after fees skyrocketed.

Following the closure of schools as a result of the outbreak of the coronavirus that became a global pandemic, the reopening of schools has put many parents in a tight spot.

Schools are set to open today for examination classes, with most schools charging between $25 000 and $40 000 for the two months the pupils will be in school.

Parents with children attending Chishawasha Mission Primary, Moleli, Matopo, Gokomere, Dadaya and Prince Edward schools, among others, are crying foul after being slapped with bills of US$341 and above for the two months.

This is not only exorbitant, but prohibitive for hard-pressed parents to send their children to school ahead of crucial examinations.

Since government imposed a lockdown on March 30, despite the subsequent opening up of the economy, most companies are yet to operate at optimum levels, and even the informal sector is operating at a fraction of its capability. This means parents are not earning enough to be able to meet such exorbitant fees.

We do appreciate that schools need to make ends meet, but it must not be at the expense of affording every child an opportunity to access education. Some of the demands are ridiculous to say the least.

Chishawasha, a primary school, has demanded that parents pay a revised fee of US$341 and $19 800 before students could be readmitted.

It also demanded parents to provide the school with a 20kg bag of mealie-meal, 5kg of rice, 5kg of machine-washing powder, 1-litre of floor polish, 12 units of bath soap, among many others, for each student.

Primary and Secondary Education deputy minister Edgar Moyo said schools should stick to government guidelines when increasing or coming up with new fee structures and it is illegal for schools to use an exchange rate for US dollars other than the Reserve Bank of Zimbabwe auction system rate.

“Our position as government in terms of school fees increases is that the School Development Committee sits and comes up with an agreement on the rightful fees agreed by both parties. They then write a recommendation to the permanent secretary of the ministry for approval. The receipts of the previous fees and the proposed new fees must be tied together for the permanent secretary to assess if it is worth approving.”

This is clearly not enough and the schools appear not to have received the memo Moyo is referring to.

“I want to reiterate that education must not be commercialised and it must not be a barrier to our children,” the deputy minister added.

However, this sounds like a halfhearted attempt to address the problem and we think government needs to be more decisive in tackling this issue.

The bigger problem is that because of government’s failures, education has long been commercialised and it is only those with deep pockets who can afford to send their children to school while the rest are left to the elements.

We urge the government not to mortgage the future of this country’s children to commercial greed.