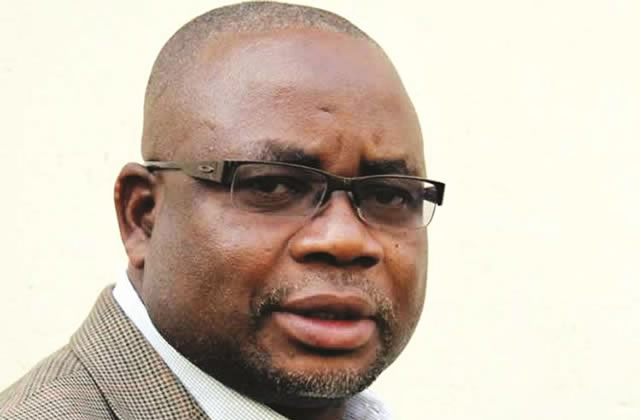 TEACHERS unions have rapped Labour and Social Welfare minister Paul Mavima for meddling in their affairs by supporting a group of parents that are trying to form a shadowy union to silence striking teachers.

The proposed group, which is yet to be registered, will be called Zimbabwe Parents Union and is led by Martin Maziwisa. A WhatsApp group has already been created for membership mobilisation purposes.

Government officials have accused teachers of being appendages of the opposition for demanding a living wage, while the MP for Buhera South Joseph Chinotimba alleged in the National Assembly on Tuesday that the educators were being sponsored by the MDC Alliance.

“As you are aware, the current impasse between government and teachers has greatly affected students’ learning. We hope that if we broaden our inputs as parents, we will tackle some of these issues and mediate so that our children are not deprived in terms of education. Let’s safeguard our future generations and chart their destiny. We are the voice of the voiceless,” read a message sent by Maziwisa to the group.

“We need to open Facebook and Twitter accounts, as well as register the union so that we spread our tentacles. Strategies are already there and the minister responded positively yesterday. The same way we brought him here (minister) is the same way we will book an appointment with him to present what we believe is in the best interests for both parties.”
Maziwisa alleged that the teachers’ demands were “unrealistic”.

“As parents we won’t accept unrealistic demands which we know government won’t endorse. Demanding salaries of US$520 is absolutely unrealistic. That is why the government won’t budge.”
Mavima responded to the chat, saying that teachers should know that the US$520 salary that they were demanding was not possible in the prevailing economic context.

“We have to be realistic in our demands. Government has increased salaries three times this year, 150%, 50% and 40%. We have also given them US$75 which is going to be a permanent feature. We have also said let us continue negotiating to see what else can be added. We urge everyone to be prudent in their demands. These progressive improvements will continue as the macro economy improves,” Mavima said.

While Mavima’s statement shows that government is not interested in increasing teachers’ salaries, President Emmerson Mnangagwa in his State of the Nation Address (Sona) last week said he was aware of the teachers’ grievances.

Progressive Teachers Union of Zimbabwe president Takavafira Zhou slammed the move by Mavima saying he was meddling in union activities. He accused government of misleading people by claiming there was ongoing engagement with the teachers.

“He (Mavima) is trying to assist parents to form a union against trade unions in the public sector. These State-captured unions have no traction other than to give a false assumption of engagement where there is no engagement.

“Mavima must mellow down to a more constructive approach of engagement than this pretentious and closeted approach to labour issues. He is certainly offside and is exuding prejudice and narrow-mindedness. We do not expect this to come from a professor,” Zhou said.

A parent, who refused to be named, castigated the move saying it exposed government’s insincerity in dealing with the grievances raised by teachers.