Govt that seeks behavioral change through brute force, or barrel of gun, is doomed to failure

As COVID-19 cases in Zimbabwe continue on their frightening spike – with the vice president, and health minister, Constantino Guveya Chiwenga, warning of an imminent Third Wave – one wonders how the government expects to curb this destructive disease, when its major weapon of choice (pan intended) is always, literally, the stick, and in some instances, the gun barrel?

Source: Govt that seeks behavioral change through brute force, or barrel of gun, is doomed to failure – The Zimbabwean 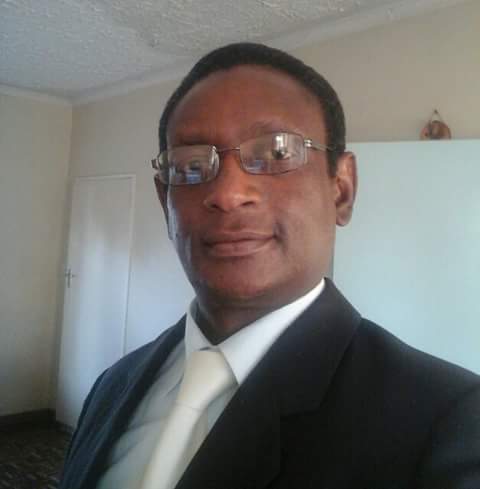 The country, and indeed, the rest of the world, has been faced with this unprecedented (at least, not in recent history) catastrophic pandemic for just over a year – having made its dreaded and unwelcome landfall in Zimbabwe at the beginning of March 2020 – yet, we are still found severely wanting in instituting any meaningful policies in clamping down this pathological wildfire, thereby struggling in effecting any detectable progress.

As has now become common knowledge – not only with COVID-19, but also such other transmittable and non-communicable ailments – behavioral and attitude change is the cornerstone to any envisioned attainable success.

Yet, the very fact that, a pandemic which can be prevented by such seemingly simple things as the proper wearing of face masks, social (physical) distancing, constant washing of hands, regular temperature checks, and other methods, can continue unleashing its reign of terror, apparently with reckless abandon, provokes some very grave questions.

Just how serious are our authorities in formulating and implementing tangible and effective policies?

What have we witnessed the government’s approach being, over the past sixteen months – since the disease’s claws gripped our country last year?

In so much as, we have been subjected to lockdown after lockdown (with varying intensities, determined by case loads), as well as, the rolling out of a half-hearted vaccination program – which, has tragically, been poorly funded (whilst, largely being unashamedly reliant on donations from such countries as China, Russia, and India – in spite of our own vast resources, which, the ruling elite has no qualms plundering with impunity, for their own aggrandizement) – there has hardly been anything of substance on the ground, especially in motivating the much needed behavioral and attitude change.

How has all stakeholders – most particularly, the government, as the major player in the country – been reaching out to each and every corner of the nation, in order to educate the population?

Quite frankly, I have never encountered anything of substance.

As a matter of fact, what I have witnessed, on an increasingly disturbing regularity, have been scenes of security forces, brandishing huge sticks (as if herding cattle), and armed with AK47 assault rifles (akin to a military war-zone) – brutally attacking the citizenry, ostensibly for violating COVID-19 lockdowns and regulations.

With such an archaic and old-fashioned approach to instilling discipline – is it then any wonder that, sixteen months after the first COVID-19 related death, we are faced with a real possibility of a Third Wave?

Of course, this is certainly not shocking for a government such as ours – considering that violence has always been its most favoured mode of operation (modus operandi), from political repression to election campaigning – however, should this not have been undoubtedly clear by now that, such antiquated means simply do not work?

Fear has never been an effective tool to effect genuine behavioral and attitude change.

As a matter of fact, if such a method is used on our own children, they only pretend to behave properly, and refraining from embarking on any unacceptable behavior, in our presence – solely, for fear of being beaten up, or punished – but, when outside our vision, the saying, “whilst the cat is away, the mice play”, immediately comes into force, usually with catastrophic consequences.

The government of Zimbabwe needs to finally step up, and take leadership, of the country – since, resorting to brute force is always the lazy solution, which hardly works.

Similarly, relaying on state media, which is listened to, or watched, by a mere fraction of the 15 million-strong population, is an unfunny joke.

Furthermore, we need leaders who lead by example – as a country with a “do as I say, not as I do” government, is doomed to failure.

Honestly, how many times has the nation shockingly witnessed emmense superspreader events being organized by both the ruling ZANU PF party, and senior government officials  – despite being in the midst of a pandemic that has ravaged our nation?

Those in authority now need to be serious, and be seen to be serious, as they fold up their sleeves, pluck up their courage, and do what is expected of real leaders – taking the bull by its horns, by finally implementing effective programs on the ground, reaching every man, woman, and child, with the message of COVID-19.

If the regime can invest so much in readily deploying armed security forces – whose presence is only associated with ruthless and brutal cat and mouse chases, but lacking any meaningful results – why also invest in real programs, on the ground, that yield real positive results?

It requires true leadership to genuinely change hearts, minds, and souls – but, sadly, we do not have that in Zimbabwe, with leaders who always believe that, beating up their own citizenry is the panacea to every challenge.