ZLHR statement on International day in support of victims of torture

ON International Day In Support of Victims of Torture, Zimbabwe Lawyers for Human Rights (ZLHR) encourages the public to rally behind victims of torture locally and worldwide and demand that authorities prosecute all perpetrators in order to eradicate the abhorrent practice of torture.

Source: ZLHR statement on International day in support of victims of torture – The Zimbabwean 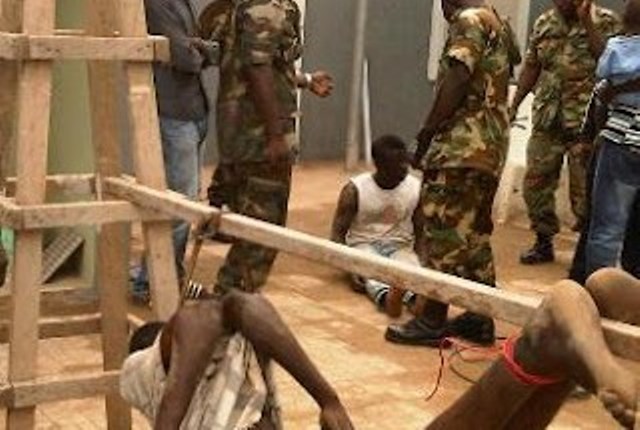 In addition, ZLHR calls upon the authorities to prioritise the
establishment of specialised rehabilitation programmes to assist
victims and survivors of torture.

International Day In Support of Victims of Torture was established by
a proclamation of the UN General Assembly on 12 December 1997. Its
establishment was meant to demonstrate a global commitment towards the
total eradication of torture and reiterate the aspirations of the
Convention against Torture and Other Cruel, Inhuman or Degrading
Treatment or Punishment.

Torture is considered to be a crime under international law. It can be
defined as the intentional infliction of severe pain or suffering on
another human being by or with the consent of a public official or a
person acting in an official capacity for reasons which include
intimidation, coercion, the extraction of information or the
infliction of a punishment. Torture is particularly detestable as it
violates the inherent dignity of a person and their right to bodily
integrity. In addition, the impact of torture extends beyond the
direct victim of the act because it can have adverse psychological
effects on the family of the victim. Unresolved trauma can sometimes
lead to a cycle of violence which is transmitted to future
generations. Torture continues to be a scourge across the globe
despite the absolute prohibition of torture under international law
treaties such as the Declaration on the Protection of All Persons from
Being Subjected to Torture and Other Cruel, Inhuman or Degrading
Treatment or Punishment.

In Zimbabwe, there continues to be a distressing trend of torture by
suspected state agents. Human rights defenders and some suspects of
crime have been victims. This practice of torture persists despite the
entrenchment of a right to freedom from torture or cruel, inhuman or
degrading treatment or punishment in section 53 of the Constitution of
Zimbabwe. The incidents of torture are seldom investigated by the
authorities and the perpetrators of these vile acts are not held
accountable for their actions. The failure to prosecute these
perpetrators is detestable. It is also a flagrant disregard of binding
international law and an affront to the victims of torture.
Authorities should therefore prosecute all perpetrators of torture.

On this International Day In Support of Victims of Torture, ZLHR calls upon:

Newer Post
Statement International Day in Support of Victims of Torture
Older Post
Govt that seeks behavioral change through brute force, or barrel of gun, is doomed to failure