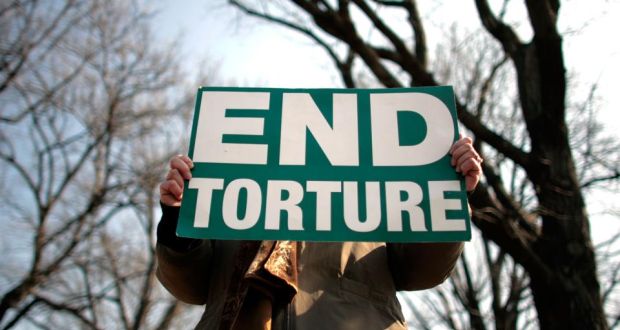 Call to Parliamentarians to Pass a Resolution

for Zimbabwe to Adopt the UN Convention against Torture

Today, the 26th June is the International Day in Support of Torture Victims

It is difficult to understand why the Government has not acceded to the United Nations Convention Against Torture and Other Cruel, Inhuman or Degrading Treatment or Punishment [CAT]. The Government has much to gain from accession:  it would show itself to be an integral member of the international community and ready to co-operate with other governments in upholding universally-accepted human rights.  It would also demonstrate the Government’s willingness to implement the new Constitution and to abide by the commitments it has given to the UN Human Rights Council and its own citizens.  This is why we are calling on this Parliament to pass a resolution that the Government should adopt CAT [link] and its Optional Protocol [OPCAT] [link].

Zimbabwe Out of Step with SADC, Africa and the Rest of the World

Fourteen have adopted CAT – Only Zimbabwe and Tanzania have neither acceded nor signed and ratified.

Fifty-three have adopted CAT –  Again it is only Tanzania and Zimbabwe that have not.

In May 2001 Parliament passed a motion that Zimbabwe should accede to CAT.

In Zimbabwe’s Universal Periodic Review report, presented to the UN Human Rights Council in October 2011, it was stated that ratification of CAT was under active consideration.

In March 2012, responding to recommendations by the UN Human Rights Council in Geneva, the Minister of Justice told the Council that Zimbabwe would accede to the Convention.

During the visit of the UN High Commissioner for Human Rights to Zimbabwe in May 2012, the Minister of Justice gave her a public assurance that the matter was in hand.

BUT, Zimbabwe still hasn’t adopted CAT.  Why the continued delay?  With the New Dispensation we thought that this would have been followed through.  Doing so would certainly help towards our re-engagement with the international community.

What is the Convention Against Torture [CAT]?

CAT is a United Nations convention which requires States to take effective measures to prevent torture within their territories and prohibits them from transporting or extraditing people to any country where there is reason to believe they will be tortured.  The text of CAT was adopted by consensus in the General Assembly of the UN on 10th December 1984.  The Zimbabwean delegation was present, so presumably concurred in its adoption.  [There seems to be some evidence that papers were prepared for Zimbabwe to adopt CAT in 1995 but this was not followed through.]

CAT came into operation on 26th June 1987, when it was ratified by the 20th member State.  Since then, the absolute prohibition against torture and other acts of cruel, inhuman, or degrading treatment or punishment has become accepted as a principle of customary international law [accepted by the international community as an absolute and non-derogable right].   “Absolute” and “non-derogable” signify that:

The Optional Protocol to CAT [OPCAT]

OPCAT adds another, more pro-active layer to the international framework against torture by emphasising prevention of torture by inspection of prisons and other places of detention  as opposed to just reacting to torture by prosecuting and punishing its perpetrators.

What Do CAT and OPCAT Do?

The purpose of CAT and OPCAT is to help combat torture and other forms of cruel, inhuman or degrading treatment throughout the world.  Torture is defined very broadly to cover severe physical or mental pain or suffering inflicted by a public official, or inflicted with the consent or acquiescence of a public official, in order to obtain information from the person on whom it is inflicted or to punish, intimidate or coerce the person, or for a similar purpose.

CAT obliges States that are parties to the Convention to do far more than merely having a brief general prohibition of torture in their Constitution.  It obliges States take all legislative, administrative, judicial and other measures to prevent acts of torture or cruel, inhuman or degrading treatment or punishment within their territories.  These measures include:

o   the perpetrator or the victim is a national of the State, or

o   the perpetrator is found in the State and is not being extradited to the country where the crime took place.

States that are parties to CAT have to report every four years to the UN Committee Against Torture on the measures they have taken to implement the Convention.  The committee is empowered to conduct confidential investigations into allegations that any member State systematically practises torture, and the committee may summarise the results of its investigations in its annual report.  Member States may also allow the committee to receive and investigate allegations from individuals and other States that they are violating CAT.

OPCAT strengthens CAT by providing for inspections of all place of detentions where torture could take place.

Why Zimbabwe Should Accede to CAT and OPCAT

The 26th June is the International Day in Support of Torture Victims.  There would be no better way to commemorate this day than for Parliament to call on the Government to adopt the UN Convention Against Torture and its Optional Protocol.

Newer Post
Govt that seeks behavioral change through brute force, or barrel of gun, is doomed to failure
Older Post
Thus have we made the world