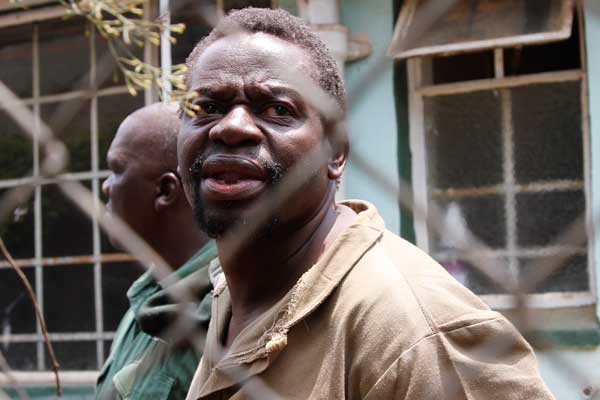 JAILED rapist Robert Martin Gumbura suffered his first New Year setback after the High Court struck his bail appeal off the roll on a technicality.

Gumbura was sentenced to 40 years imprisonment in 2017 and the term was halved last year after he had noted an
appeal against the sentence and conviction.

However, Gumbura was not satisfied with the court’s decision but delayed in taking further steps to appeal against
the decision to the Supreme Court.

He then filed an urgent chamber application seeking condonation for the late noting of an application for leave to appeal to the Supreme Court. However, before that application was determined, Gumbura had already filed another appeal for bail.

“The application for bail pending appeal is anchored on the principal consideration of whether or not the proposed appeal has prospects of success.

“It would be illogical and not in the interests of justice to grant bail pending an appeal which is predictably deemed to fail,” ruled Justice Tawanda Chitapi.

Since 2014 Gumbura has made numerous applications seeking acquittal or bail pending appeals which were thrown out by the superior courts.

During his trial, witnesses claimed that they had been indoctrinated into believing that they would be thrown into the hands of Satan if they did not comply with the man of the cloth’s orders.

However, in his court appeal, Gumbura who was then represented by Sylvester Hashiti, had argued that magistrate Hosiah Mujaya erred in finding him guilty.

He claimed that the magistrate was wrong in finding that the victims had been brainwashed without calling an expert to confirm such an averment.

“It is clear that the magistrate’s finding that the complainants were credible is plainly wrong. The honourable magistrate simply took lock, stock and barrel the narrative of the complainants, discarding the explanation given by the appellant and the probabilities,” he argued.