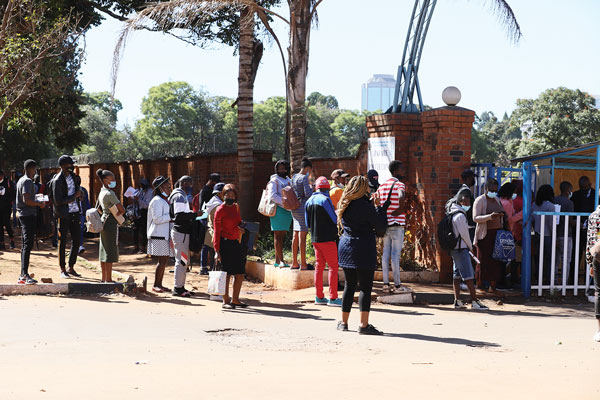 DOZENS of Harare Polytechnic students due to sit for examinations were left stranded yesterday after being locked out of the premises over non-payment of fees.

“The security at the gate is not allowing anyone who has arrears to enter the school premises to sit for their exams, I only had a balance of about $8 000, but I have been sent back home,” said a student who preferred anonymity.

“The students petitioned Parliament and all was explained during the Parliament hearing. Ask the SRC, they should be honest enough to explain to you,” Mudondo said.

Zimbabwe National Students Union president Takudzwa Ngadziore said: “We managed to petition Parliament, not only for Harare Polytechnic, but for all tertiary institutions over the fee structure which was a burden to most students.”

Ngadziore accused Mudondo of failing to allow students to negotiate payment plans with the institution, adding that barring them from writing examinations was an infringement on their rights.