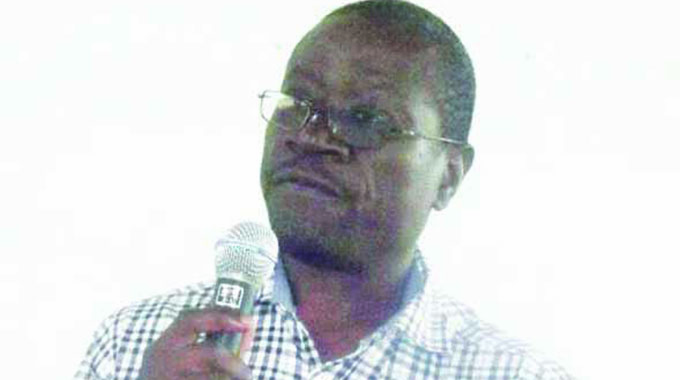 Tawanda Mangoma in Chiredzi
Zimbabwe’s sole sugar producer Tongaat Hulett Zimbabwe has been challenged to heed President Mnangagwa’s call to spearhead the expansion of the sugar industry in the Lowveld, which has a potential to create close to 50 000 jobs in the medium to long term.

Zanu-PF Chiredzi West parliamentary candidate in the forthcoming harmonised elections, Cde Farai Musikavanhu, said Tongaat could create thousands of jobs by taking advantage of abundant irrigation water in Tugwi-Mukosi Dam, which can irrigate more than 25 000 hectares in the Lowveld.

Cde Musikavanhu yesterday told The Herald that Tongaat had the financial wherewithal to open new land for irrigation using water from Tugwi-Mukosi.

He said the firm could also leverage on its potential to produce molasses to create a thriving beef industry in the Lowveld.

He said revival of the beef industry would augur well for the CSC plant in Masvingo that was recently re-opened by President Mnangagwa.

“Chiredzi West is comprised of 13 wards and eight being urban while the rest is preoccupied with the sugar industry and resettlement areas,” said de Musikavanhu.

“As a visionary leader, I think Tongaat must help us with its considerable financial and technical resources to develop up to 25 000ha of land to be irrigated using water from Tugwi-Mukosi dam in a massive drive to enhance food security; increase production of cash crops, including sugarcane and cotton by indigenous farmers.

“In the resettlement areas, there is huge scope for Tongaat, as a major beef cattle producer, to contribute to Government’s Command Livestock drive. Remember, the Masvingo Cold Storage Commission has secured investors, meaning more quality beef is now required.”

Cde Musikavanhu, who is an ex-agriculture planning director at Tongaat, said the Tugwi-Mukosi Dam held the keys to unlock vast economic opportunities, with a potential to make the Lowveld the industrial hub of Zimbabwe’s southern region.

He said besides sugar cane production and cattle farming, there was also potential for a thriving fisheries industry at Tugwi-Mukosi that will create thousands of jobs.

“These agriculture based private-public sector initiatives have the scope to open up more than 50 000 jobs in Chiredzi West constituency,” he said.

“The vast array of irrigation dams on the sugar estates and farms offer immediate scope for Command fisheries targeting women and unemployed youths. Again there is room for Tongaat to partner Government in these initiatives.

“As an agriculturalist, who was once the agriculture director for Tongaat, I am underpinning my campaign on the dynamic package I have to offer to Chiredzi West constituency as a Zanu-PF member of the National Assembly in a vibrant Zimbabwe under the visionary leadership of President ED Mnangagwa who has already accomplished so much for our motherland since his inauguration as the President of Zimbabwe on 24 November 2017.”

Cde Musikavanhu dismissed as mere cheap propaganda allegations by opposition candidates that he has an axe to grind with his former employer, Tongaat.

On the contrary, he pledged to open a new mutually beneficial epoch characterised by closer relations between the people of Chiredzi West and the sugar producing giant.

In Chiredzi West, Cde Musikavanhu will square up against Zanu-PF renegade and incubent Mr Darlington Chiwa, who lost in primary elections and filed papers to contest as an independent.

Besides, Mr Chiwa, Cde Musikavanhu will also face MDC Alliance’s Mr Stanley Temba, and Mr Simbarashe Baloyi who is contesting as an independent candidate after he lost the MDC Alliance primaries.