HIGH Court Judge Justice David Mangota on Wednesday 7 November 2018 dismissed an application filed by a relative of a shooting victim of the August 2018 violence challenging the legality of President Emmerson Mnangagwa’s executive decision to appoint the Commission of Inquiry set up to probe the post-election violence including its composition. 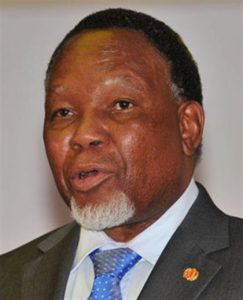 Allison Charles, whose brother Gavin Dean Charles was shot and killed alongside other civilians in postelection violence on 1 August 2018, had together with Counselling Services Unit (CSU) petitioned the High Court challenging the legality of Mnangagwa’s executive decision to appoint the Commission of Inquiry, its composition and its terms of reference.

Charles and CSU also wanted the appointment of Professor Lovemore Madhuku and Professor Charity
Manyeruke to serve as Commissioners in the Commission of Inquiry to be set aside on the basis that they are biased in favour of government and the ruling ZANU PF party.

But Justice Mangota on Wednesday 7 November 2018 dismissed the application after ruling that the
Commission of Inquiry was legally set up and that the conduct of the authority which constituted it is above reproach.

Justice Mangota accused Charles and CSU of seeking to derail the work of the Commission of Inquiry and also ruled that the appointment of Professor Madhuku and Professor Manyeruke to serve as
Commissioners cannot be challenged.