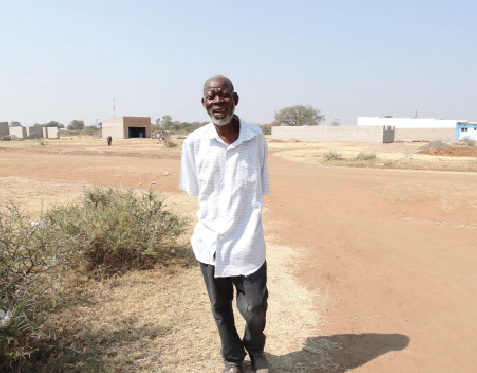 This means there is a need to understand the psyche and political electoral behaviour of the rural populace if, for example, Nelson Chamisa and the MDC Alliance is to stand any chance in the next election

A GIANT billboard of President-elect Emmerson Mnangagwa greets you as you arrive at Tsholotsho business centre in Matabeleland North province.

Interestingly, the billboard is mounted at the Tsholotsho business centre terminus where buses, commuter omnibuses and other vehicles drop and pick up travellers from various underdeveloped areas of the district.

Tsholotsho remains underdeveloped as the roads are in a poor state. In some areas, villagers have to climb up trees to get a signal to make phone calls due to inadequate telecoms infrastructure. In other areas, people walk long distances to access healthcare services.

Several tens of thousands of Tsholotsho-born residents have migrated to South Africa owing to lack of job opportunities locally. But no official statistics are readily available on the actual numbers.

It is this underdevelopment — characterised by deeply entrenched poverty among other evident socio-economic ills — that has seen observers blame the ruling Zanu PF party which retained the district’s two National Assembly seats in the July 30 disputed polls.

Some have attributed Zanu PF’s victory to vote buying, intimidation, rigging and fears of a latter-day Gukurahundi, but the ruling party denies the accusations.

“There is no way I was going to lose this seat as I am literally an undertaker of Tsholotsho South constituency. I shoulder all the expenses for every family during a funeral wake in the constituency. I provide the coffin and transport to those who have lost their loved ones wherever they are, even those staying in South Africa,” Tsholotsho South MP-elect Zenzo Sibanda said, citing some of the factors that enabled him to retain the seat.

“As long as one is born in Tsholotsho, I ensure they receive a decent burial. There is no corpse that leaves the Tsholotsho mortuary in a scorch cart; I stopped all that. This and many other social amenities programmes I have been running for years ensured I retain the seat.”

The district was also seriously affected by the 1980s Gukurahundi mass killings after Mugabe sent the North Korean-trained Fifth Brigade to Matabeleland and the Midlands regions. Over 20 000 civilians were massacred, according to a report on the atrocities compiled by the Catholic Commission for Justice and Peace (CCJP).

Mass graves continue to be uncovered by rain and soil erosion in Tsholotsho and other areas.

“Murders in the 1980s were perpetrated by both government agencies and dissidents. The case studies illustrate that approximately 98% of deaths and disappearances in the communal lands were at the hands of government agencies, and 2% were murders by dissidents,” reads the CCJP report.

“In Tsholotsho, for example, 18 murders by dissidents were claimed by civilians, while a further 900+ deaths and disappearances, mainly perpetrated by 5 Brigade were identified, most occurring in February 1983.”

In 2016, government stopped Moyo’s family from exhuming the remains of his father who was killed during the Gukurahundi massacres in Tsholotsho. He had planned to give him a decent reburial at the family shrine. Moyo has been vocal about Gukurahundi and often dismisses the current leaders as “Gukurahundists”.

“People in Tsholotsho and other affected areas of Matabeleland are timid, noting that the faces of Gukurahundi are now in power. These are Mnangagwa, Shiri and Chiwenga. There have been fresh intimidations and people had no choice but vote for the alleged murderers,” argued Zapu spokesperson Iphithule Maphosa on the Tsholotsho vote trends.
National People’s Party (NPP) deputy president Samuel Sipepa Nkomo — whose wife Roslyn is a former Tsholotsho North legislator — argued it was always going to be hard for the opposition to grab Tsholotsho seats owing to a shoe-string campaign budget.

“The opposition did not have resources. Zanu PF had the resources; brand new cars, billboards, posters, thousands of dollars, regalia such as T-shirts and so on. Zanu PF literally had villagers feasting from the palm of their hands compared to the opposition which had nothing of material to offer them. The issue of resources was a game-changer for them,” Nkomo said in an interview.

In a sense, observations showed that Zanu PF dominated a contest of posters that were displayed at supermarkets, on trees and all over the district as witnessed during a recent visit.

Analysts also argued Zanu PF understood the political economy of the rural electorate in order to emerge victorious though the opposition disputes the results as rigged.
“This means there is a need to understand the psyche and political electoral behaviour of the rural populace if, for example, Nelson Chamisa and the MDC Alliance is to stand any chance in the next elections. The rural voter is most probably concerned about livelihood issues such as access to water, irrigation, food, cattle and so forth,” director of faith-based Habakkuk Trust Dumisani Nkomo argued in an opinion piece.

Zanu PF Matabeleland North chairperson Richard Moyo pointed out the ruling party understood the needs of the rural electorate, adding: “The new dispensation has already ensured villagers receive farming inputs ahead of the next farming season whivh were deliv ered compared to the days of the old order when they would be delivered late”.

It is a claim that Obert Sibanda, a villager from Mvundlane village in Tsholotsho South, said rings true.

“We cannot trust these new parties to assist us during times of need when there is hunger, when we need farm inputs and government assistance, that is why I voted for Zanu PF,” Sibanda said in a parting shot.