Zimbabwe’s Constitutional Court is today expected to rule an opposition bid to have presidential election results thrown out over alleged rigging in favour of Robert Mugabe’s successor, Emmerson Mnangagwa. Get the live updates here 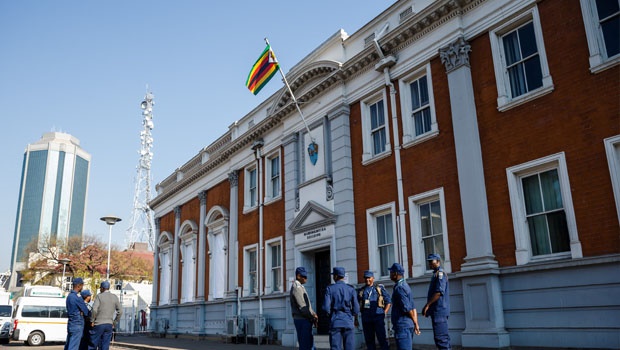 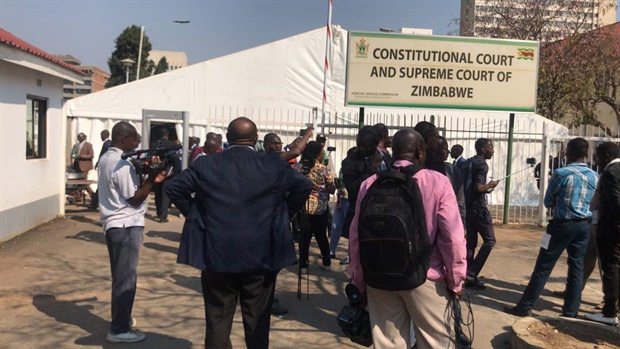 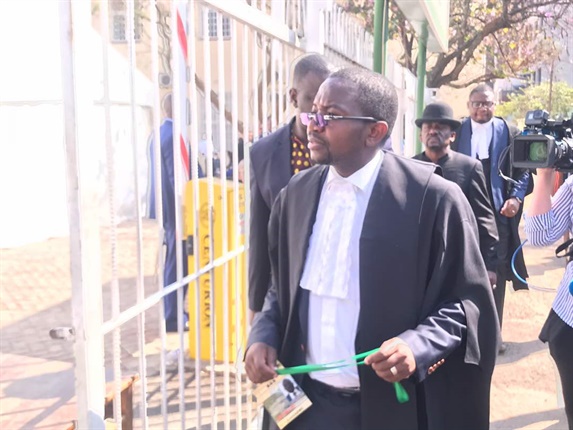 A renowned Zimbabwean journalist is tweeting that the Constitutional Court judgment initially scheduled for 14:00 will now be handed down at 15:00.

BREAKING…The Constitutional Court judgement, initially scheduled for 2pm, will now be handed down at 3pm. Our hair will turn grey while we wait another 54 minutes.

ShareIcon
One of Mnangagwa’s lawyers Paul Mangwana has also arrived

Zimbabwe’s main opposition is expressing concern over reports that preparations have begun for the inauguration of President Emmerson Mnangagwa even before the constitutional court has ruled on its challenge to the election results.

If the court upholds Mnangagwa’s narrow election victory the inauguration would be held within 48 hours. An Associated Press reporter sees no preparations at the national stadium in the capital, Harare. – AP

ShareIcon
Nkululeko Sibanda: “There is also evidence that there are preparations in and around the National Sports Stadium for a large event. The judgment is expected at 14:00 and has not been pronounced just yet. We are therefore, not clear if there is someone who before the judgment is pronounced already knows how it looks like and is already making preparations…”

ShareIcon
Nkululeko Sibanda : “There are also a number of letters that have gonbe viral in various forms of media that supposedly are inviting people to an inauguration…. This suggests the court process is of no value.”

ShareIcon
Nkululeko Sibanda: “At various points this morning in Harare we have experienced jets flying above. This suggests that somebody is preparing for an inauguration. It is not clear how anybody would begin that process before the courts have made a determination.”

Nelson Chamisa’s spokesperson, Nkululeko Sibanda says his boss is expressing concern over the statement by Vice President Constantino Chiwenga suggesting that the president of Zimbabwe would be Mnangagwa regardless of the outcome of the court process.

He says this clearly undermines the court process.

The MDC Alliance has called a press conference outside the Constitutional Court. It is believed they want to reveal important information to the media before the ruling is given. Dramatic times for Great Zimbabwe.

Newer Post
How Zanu PF snatched Tsholotsho
Older Post
Mpofu, Ngcukaitobi on why they were denied permits in Zimbabwe