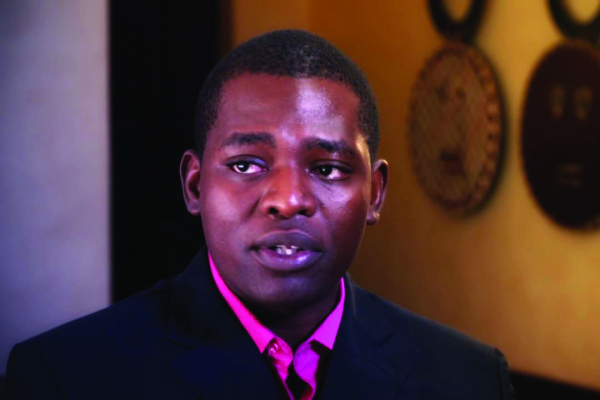 BY Brenna Matendere
Kwekwe-based human rights defender Nkosilathi Moyo said he was putting together a war chest to assist victims of State-sponsored violence.

Moyo launched his fight for democracy in 2015 when he travelled to the Netherlands and met European Union’s human rights ambassadors lobbying them to support human rights defenders in Zimbabwe.

During the visit he also met Queen Maxima of the Netherlands and lobbied her to support efforts to improve democracy back home.

“Prior to the COVID-19 crisis, I established the community human rights defenders academy which trained more than 80 defenders in Midlands province, empowering them with skills to enhance human rights and democracy in Zimbabwe.”

“Now in light of the upsurge in violations against activists with the height of that madness being abduction of an MP Joanah Mamombe and others, I have been jolted to act. So far I have written to foreign embassies in Harare, international donors and other development partners to solicit for a financial facility that would support victims of human rights violations. We have also started putting together resources with local partners for the same cause,” Moyo said.

In the past, Moyo through his organisation Zimbabwe Youths in Politics, raised awareness on good governance and tenets of democracy mostly among rural dwellers.

“What we are realising is that autocratic regimes take advantage of poverty among political activists to suppress them and violate their rights at will. But with the kind of funding we are putting together, that will not be the case. Activists need to be supported to meet medical bills, legal representation costs, programming of their activities and compensation to their families in extreme cases. So that is the motivation of our current efforts.

We should not wait for the worst to happen, then we start running around to look for resources. A ready fund must be there,” Moyo said.