Source: ‘I can’t breathe’ – The Zimbabwean

Last week we saw a man in America being killed on camera. A white officer of the Minneapolis police knelt on the neck of black man he was arresting and ignored his cry, ‘I can’t breathe’. 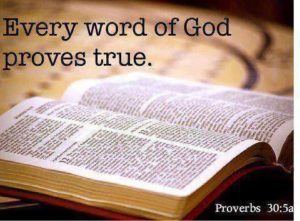 The man died. The result was like pressing a button to cause an explosion.  All over America people took to the streets in fury.  Many demonstrations were peaceful but some were violent and property was looted or destroyed or burnt. Covid 19 was forgotten.

There was fury and frustration because this was only the latest in a long list of killings of black people by white police. It all happened ten days ago but the demonstrations of anger show no signs of abating. Suddenly it became clear that it was not just one man who could not breathe with his lungs; it was millions of people who could not breathe with their spirit.  White America had its knee on black America ever since the days of slavery.  While it paid lip service to equality since the time Lincoln abolished slavery in the 1860s and Johnson encased civil liberties in law in the 1960s, it had never really changed its way of thinking.  Blacks felt it.  They knew the United States was their country but they also knew they did not fully belong. They were like deer in the forest always alert to where insult or danger lurked.  They could not presume, as whites did, that their country worked for them.

So the cry ‘I can’t breathe’ has come to stand for a lot more than respiration. It has focused our attention on an imbedded wrong and opened our minds to our own attitudes.  When the Canadian Prime Minister, Justin Trudeau, was asked to comment on what was happening in the United States, he paused for a long time. He made no judgement and cast no blame. He simply said, ‘we Canadians have to look hard at our own country, at where racism is widely present’.

It is easy to judge America. Their racism is so open, blunt and flagrant. But what of our own hidden failure to welcome every person whoever they might be? Can we breathe that free air? Pentecost is the celebration of the Breath of God which first hovered over the waters (Genesis 1) and then came to rest of the disciples of Jesus (Acts 1) in the new creation. We are taking a long time to draw in that breath and we cannot exhale it to others until we first inhale it. Trinity Sunday is the final act of the Church’s year when we celebrate the one act of God: in creation, salvation and respiration.