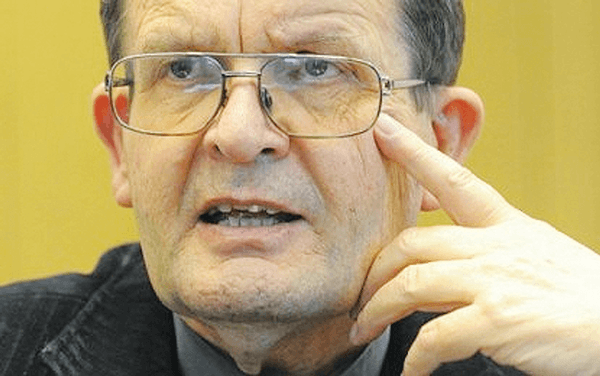 One of the scientific nightmares that haunt us is the so-called “Population Explosion”. It is the fear that our planet is like an ocean-going ship that flounders because of overloading. The excessively growing population will eventually make the ship capsize and sink. And this growth is thought to be unstoppable. Peoples will grow, driven by their biology, their hunger for manpower and the need for labour in a global economy and their ambition for greatness and superiority over the nations with which they share this planet as ”their common home”.

Can this population growth go on forever? Can our industrial production meant to satisfy the ever-growing needs (for food, water, clean air, energy, living space etc) go on increasing and covering the land with garbage and waste while polluting water and air, sea, rivers, lakes with plastic waste and the atmosphere with poisonous gases? Demographers predict that the world population which was said to be “exploding” will eventually be shown on graphs to tilt over and go into a decline and shrink.

South Korea has always expected that the population as well as the industry producing for such an “exploding” population will always continue growing. But now the transition from growth to shrinkage is within sight. In 2050 more than 40% of the population will be over 65 years of age. There will be a shortage for young people to work in industry whose productivity will be needed to support the old generation in their retirement.

This decreasing working population will trigger fierce competition between industrialised countries for the last reserves of manpower on the globe. And the last young people still available to fill the gaps on the labour market in the West and the industrialised East will come from Africa. Lagos in Nigeria, soon to be the largest city of the world, will supply the North with its own surplus of manpower.

In pre-industrial society, long before science developed today’s technological healthcare, even large numbers of children were welcome. There was no policy to restrict family size which was left to nature. The high infant death rate brought about a high birth rate to replace the children lost to childhood diseases and epidemics.

Demography began to be a concern to scientists and political leaders when industrialisation caused rural people to move to town, in search of work and a higher income. Thomas Robert Malthus (1766 – 1834) published his Principle of Population in 1798. Always a pessimist, he tried to convince his contemporaries that “population will always tend to outrun the food supply”. In our own age we are sceptical about Malthus’ prophecies. We are in fact progressing in defeating poverty in some regions.

Admittedly, being close to winning one particular battle does not mean we have won the global war. Zimbabwe, in particular, which has recently had a deficit in food production must be ashamed she now has to import grain. It is crucial that we regain our status as a prolific producer of food crops.

In Zimbabwe, the twin sister of Sally Mugabe, late wife of the first leader of Zimbabwe, propagated family planning enthusiastically, even though some freedom fighters believed that population control was merely a ruse by the imperialists to weaken the up-and-coming countries of the southern hemisphere.

Population planners and demographers argue that we can only cope with “climate change” if we do without children.

Malthus makes a come-back with radical and drastic predictions. A strange logic (or lack thereof): if humanity wants to survive (“climate change”, for instance) it must accept its slow death by doing without offspring. How can that be? Surely, “climate change” must be controlled precisely because we want to give children a chance to live.

Even a fast developing economy may not be able to accommodate all the young people on the labour market. Drastic measures of population control may also upset the balance between generations. The shrinking number of young workers will not be able to provide for the elderly in their retirement. A one-child policy may persuade parents to have boys rather than girls, resulting in a shortage of women for young men to marry.

In India parents do not want daughters who need dowries when they marry. So men may outnumber women. This is a blow to “gender equality” and to women in general, resulting in little respect for women in society and especially in a family culture. Manipulating the birth rate and the balance between male and female can have very unexpected effects.

In fact, the birth rate is not stable. There are countries that cannot cope with a high birth rate, and others are alarmed by a steeply declining birth rate: births no longer replacing people dying. The number of workers goes down, there are no longer enough young productive people whose income keep pension funds going. So governments try to motivate parents to have more children, encourage larger families with subsidies and “children’s bonuses”, enabling women to have a family while pursuing a professional career. Very high birth rates must not be brought down by regulation. A growing population is not just a burden for a country. People are an asset. We must value them for their talents and gifts which they bring to us and for their dignity as unique persons.

A culture that honours and respects family life has a future. If we disparage family life today, we may regret it tomorrow.

Persuading a selfish generation, intent on a lavish lifestyle, to have fewer or no children at all is easy. But bringing the love of children back, once it is gone, and reviving a dying population, may be quite difficult.

There are no mechanisms that will either increase or decrease population. It is not for the State to apply “social engineering” tricks to influence parents about their ”family planning” choices. The catchword is “responsible parenthood”. It is up to parents to determine family size.

There is a time for having children and a time to build one’s professional career. Often these two distinct tasks in a woman’s life overlap. The care for small children and a stressful working life outside the home at one and the same time, may be too much.

Could society not try and find a better arrangement? Would it not be better for a woman to have children when she is still young, and resume her professional career when the children begin to stand on their own feet?

Our concern with population is not just a matter of statistics and figures. Children are not just born to “supply the labour market” and to boost “manpower” (as well as womanpower). Children should be born out of love and grow up in loving hands. Children should be welcomed because they are gifts of love to build up families. They are not just born to replace the fatalities of epidemics and the victims of infectious diseases. Homes without children are cold. Children are the future. Where there are children there is hope. We have to leave them a healthy environment free of viral plagues.